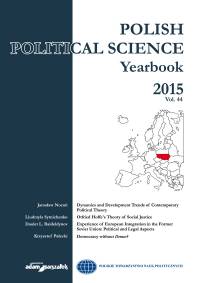 Summary/Abstract: Sports boycott is one of the most important dimension of sport colliding with politics. The subject of the article is the boycott of the Los Angeles Olympic Games in 1984, one of the most spectacular boycotts, which was conducted by communist countries.It is widely recognized, that Los Angeles Olympics were boycotted as a result of a similar action by Western countries towards Moscow Olympics in 1980. However, evidence proves that there was no decision concerning communist boycott of Los Angeles Olympics until a few months before the Games. Preparations to the Olympics were on their way, but unexpected change of Soviet leader resulted in the boycott.Safety reasons were the declared reason for the boycott of the Soviet Union and 13 other communist countries. Nevertheless, it is evident that the real reasons were connected with the political game of USSR. The probable actual aims were the desire to hit the first ever privately financed Olympic Games and to make it harder for American president Ronald Raegan to be reelected. Naturally, at least partly it was also a matter of revenge for boycotting the Moscow Games.