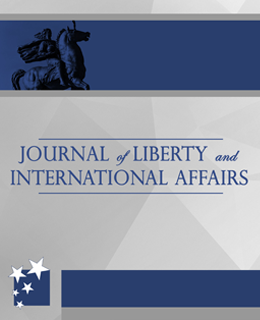 Summary/Abstract: In the imminent paper the author elaborates the primary theoretical modalities of conservative ideology. Such variants arises from the conservative ideology where diversity, specificities and needs are treated as a fundamental principle of their activity. The necessity to present the basic modalities of conservative philosophy lie in the fact that modern right-centrist parties are faced with the dilemma of ideological repositioning and expedient concretization of the priorities in their own political action. In this respect the author concentrates on four essential concepts that shape the conservative action in modern discourse. Paternalistic Conservatism, Neoliberal Conservatism, Neoconservatism and Christian Democracy create a framework of conservative worldview through the theoretical prism and also withdraw substantial axiological and praxeological differentiations on relevant issues such as freedom of the market, media, agriculture, financial sector, solidarity, religion, penal policy, taxes etc.