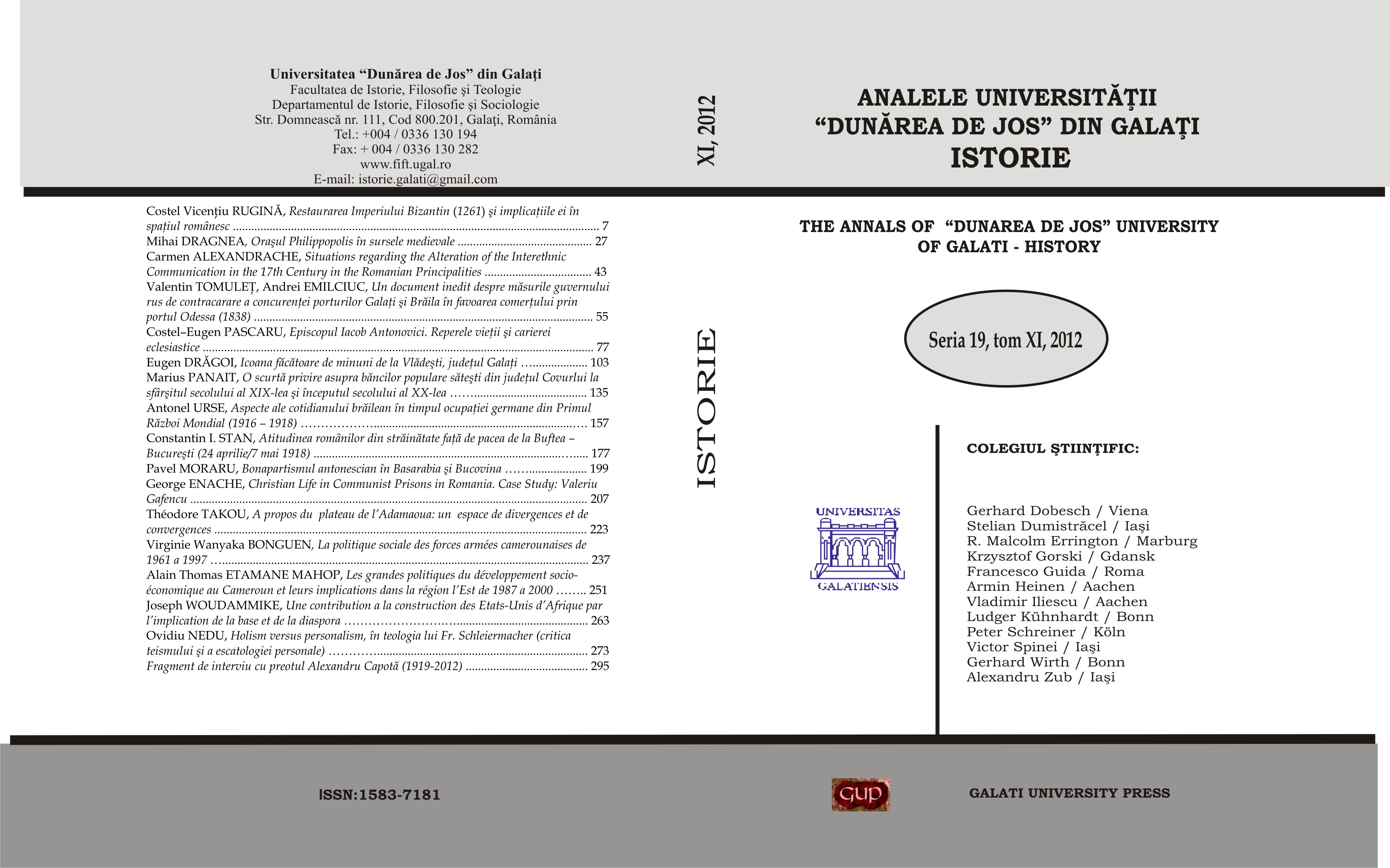 Summary/Abstract: The study aims to highlight the role played by Christian faith in the life of political prisoners in Communist Romania during 1945-1964. Our interest will focus on those "spiritual groups" which were formed in prisons and I mention here only the one led by the young Valeriu Gafencu, who died in prison. These groups of prisoners were able, through Christian faith, to resist and preserve national and spiritual values that the Communists wanted to destroy. Through solidarity, these people have managed to save their own memory and thereby their personal and national identity. Those who survived and left the prison wrote their memories in order to keep alive for the next generations what happened in communist prisons. Some of these books have a strong message, talking about faith, solidarity, spiritual and national identity. One of the most famous books is “Return to Christ”, written by Ioan Ianolide, one of Valeriu Gafencu’s disciples. Therefore, the second objective of our study is to put in evidence the destiny of this work in the consciousness of the contemporary Romanian society.