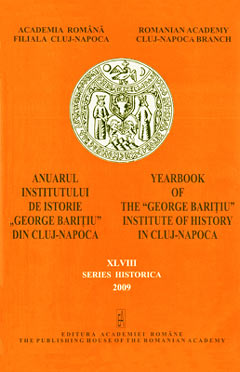 Summary/Abstract: For a proper reading of my text I propose two matrixes of interpretation: as an intellectual history of the agrarian movement from the interwar period and as a social history of the intellectual debates related to the agrarian issue. In this respect, I consider Romania's modernization as a double-tracking process: culturalideological and social-economical. As intellectual history, modernization here is referred to as the symbolic rapport with the West. As social history, modernization is a process which contains the first Romanian constitution: the Organic Statutes (1831-1832), the abortion of slavery and the land reform (in 1864), with the revolutionary interlude of 1848. The significance of these two moments that took place within only few decades is very important: they constituted the core of developmental debates in interwar Romania. From this perspective, the historical approach of Romanian agrarianism in East Central European context is opening as a fascinating topic.