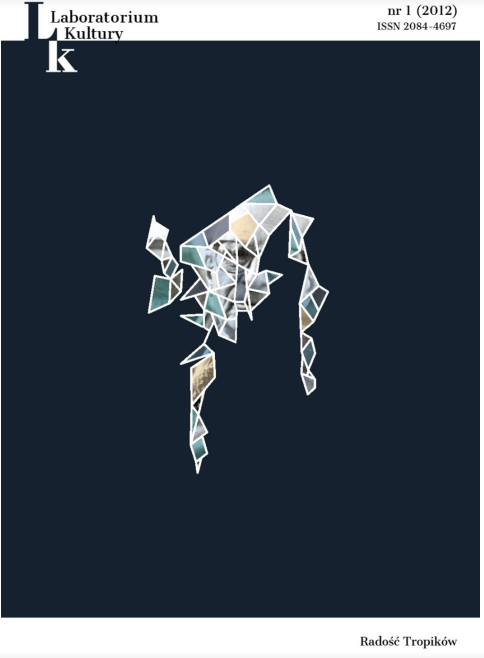 Summary/Abstract: Author’s aim is to contemplate the boundaries of Tristes Tropiques starting with one of the literary trails, or rather literary myths. Lévi-Strauss considers Tristes Tropiques to be his one of the dream but unwritten books. He admits to his fascination with Joseph Conrad, and describes him as his favorite writer; the anthropologist even claims that he would like to write his books. As a result Tristes Tropiques at the beginning was meant to be a “Conrad-like” novel. He planned to describe, let’s say, an intrigue that would be classical for an English writer: the natives are misled by white people using the sounds made by a pathé that resemble those made by ghosts. From the planned novel there are only fragments describing sunsets which are classical “Conrad-like” fragments. The article answers the question in which directions the dilemmas presented by the sun set lead us; shows that they were already expressed in the previous chapters of the book and that they will be coming back in the next chapters. Real threat announced by the deception of presentation may have different fiction names and forms: they can be Munde Indians that are so wild that they aren’t recognizable; it can be a “chase after power” leading us to the boundaries just in order to give us the opportunity to boast with a great album of photographies; it is also “enthropology” examining the processes connected with disintegration of cultures and warning against them.