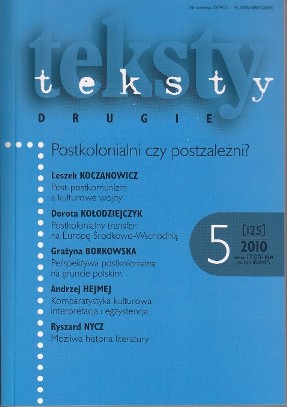 Summary/Abstract: The notion homo duplex, describing the dualism of human existence, appeared in the humanities on the turn of 20th century. It very soon grew to become the foundation of a universal reflection, named ‘anthropological dream’ by Michel Foucault, whereby man is but a pretext for a narrative reproducing the truths of knowledge. Drawing our attention to not only the existential but also a cultural dimension of the said notion, Joseph Conrad has emphasised the necessity to confront that general-human narrative with a specific cultural context. This author applies such a procedure with his characters, including Lord Jim.