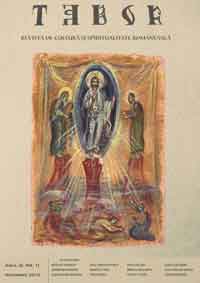 Summary/Abstract: Although a strong church from the beginning, with special spiritual life and moral-religious leading personalities, the Romanian Orthodox Church has started late with canonisation of saints. It is the merit of Patriarch Justinian and the members of the Holy Synod of the time, in October 1955 in full Stalinist regime, that several Romanian saints were canonized, whose relics were on this land for centuries. The following were declared then saints of the Romanian Orthodox Church: St. John the Wallachian (12th of May), St. Hierarchs Elias Iorest and Sava Brancovici, Metropolitans of Transylvania from the seventeenth century as witnesses (24th of April), St. Pious Visarion Sarai and Sophrony of Cioara and pious peasant Oprea Nicolae (21st of October), St. Hierarch Calinic of Cernica (11th of April) and St. Hierarch Joseph the New from Partoş (15th of September).