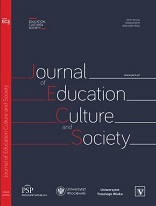 Summary/Abstract: The society of Physical sciences (phisycs, chemistry and mineralogy) has been an important Romanian scientific society since its establishment, in 1890 until the middle of the twentieth century. This paper seeks to provide an analysis of its activity in the first two decades of existence, a less studied period, namely how its enterprises contributed to the dissemination and spread of the latest scientifi c ideas within Romania’s culture. The society was founded at the initiative of some of the most proeminent Romanian scientists of that period and, until the end of the nineteenth century, it expanded its sphere of activity by including sections on mathemathics and natural history. Therefore, its activity, exemplifi ed by public conferences, presentation of members’ personal scientific endeavors, intellectual debates or scientific missions, reflected the general development of physical sciences in Romania in that epoch. This research is based mostly on a close scrutiny of society’s scientifi c journal.