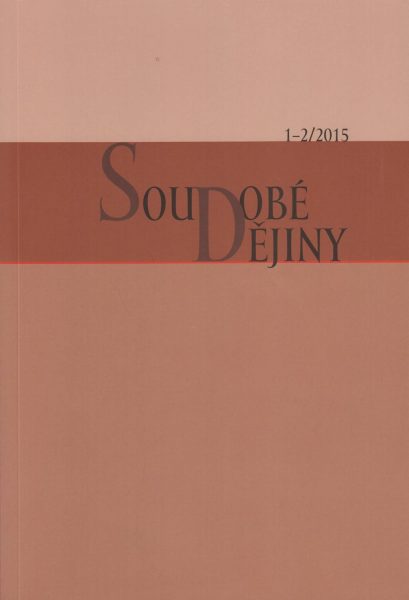 Summary/Abstract: This is a revised and expanded version of the essay ‘Communism in Eastern Europe’, which was published in S. A. Smith, ed., The Oxford Handbook of the History of Communism, Oxford: OUP, 2014, pp. 203–21. Here, the author offers a comprehensive historical view of the phenomenon of ‘East European Communism’. The region of eastern Europe is characterized here on the basis of a few shared features and in essence corresponds geographically to the delimitation of the ‘outer Soviet Empire’ (including Albania and Yugoslavia). The author discusses the concept of Communism and its alternatives as a name for the regime and the society that existed in this region from the early post-war years until 1990. He pleads for a conception of Communism which would take into account its multilayered nature, comprising three main parts: an ideology with a claim to be a ‘scientifi c’ interpretation of the world, a political, social, and cultural mass movement, and lastly, a system of rule ensured by Soviet domination and often called ‘State Socialism’. Communist systems in eastern Europe, he argues, suffered from ‘fundamental contradictions’, stemming from special national and regional features, which eventually determined its demise, but, paradoxically, also helped to keep the system alive. Here was a conflict between Marxist class ideology and political national identity, the social determination of power, the interaction between economic policy and the consumer behaviour of society, and the tension between the ideological norm and the critical function of art. The overall view of the transformations of these four fundamental contradictions of Communism from the beginning of the Communist movement and the Communist régimes to their collapse, with which the author seeks to cast doubt on the superfi cial contradiction between internal and external factors of their development, creates the main content of the essay. In his interpretation of the dynamics of the relationship between class and nation the author concludes that these principles were able to coexist in Communism for a long time, although it was a highly problematic coexistence and one that ultimately led to the defeat of ‘internationalism’ and of class consciousness. Concerning the relationship between power and society, the author advocates the most recent approaches of social history which, unlike the theory of totalitarianism, cast doubt on the sharp contrast between the two categories and see the Socialist dictatorship as a product of social interaction between rulers and ruled. The special socialist consumer culture was, the author argues, gradually formed in the mutual tension between production and consumption. It is hard to say whether this culture tended to support the Communist government or, rather, contributed to its gradual decay.