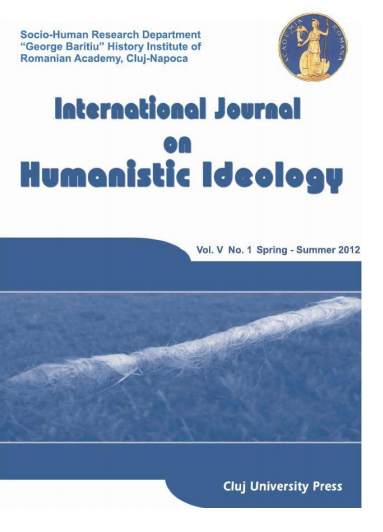 Summary/Abstract: The origin of the folk morality in the society of our days is an understudied subject. The present paper is meant to be a contribution in that direction, by positing that a major source of the current folk moral theories may be represented by humanist ideas that have leaked from scientific literature into the common public discourse, influencing finally the moral thinking of laypersons. Several such humanist ideas, with their correspondent humanist values, were analyzed from that perspective, identifying some of their common interpretations in the laypersons’ thinking and their consequences in what respects everyday moral implications at an individual and social level. Based on that, a final conclusion was drawn, in accordance with which a misunderstanding of many humanist ideas may represent a dead end for the people trying to solve with them moral issues in their daily life, especially when they are conveniently selected and reinterpreted by those people, ignoring the whole original humanist picture that confers them another meaning.