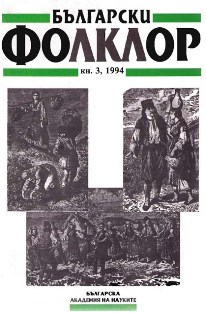 Summary/Abstract: The article treats a specific aspect of the poorly studied problems of the relationship between the non-Muslim confessional communities during the time of the Ottoman rule. In the first part of the article, on the basis of literary sources from the eighteenth and the beginning of the nineteenth century, as well as of folklore material, the main features ate outlined, with which the negative image of the Jews is characterized by the East-Orthodox Bulgarians during the pre- and early Revival period. A few leading motifs are subject to analysis: about the Jews-deicides, about uncleanliness of the Jews, about the ritual killing of Christians, practiced by the Jews, about the Jews – traitors and misers. In the second part, the author seeks the specific reasons of political, dogmatic, ritual and economic character, which had fostered the traditional Christian hostility towards the Jews during the time of the Ottoman rule.