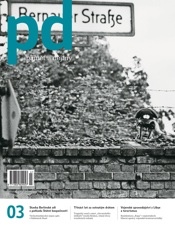 Summary/Abstract: On August 11, 1951, train no. 3717 pas- sed through the station in Aš. It had been meant to come to a halt there but instead continued at full speed, at 15:10 crossing the border with Germany in the direction of the town of Selb. The train consisted of a locomotive, a coal wagon, a freight carriage and three passenger carriages. There were 111 people on board. This escape, from which 40 or so passengers did not return, received great attention in Czechoslovakia, where it was presented as an act of American gangsterism, and in the West, where journalists depicted it as an expression of an unconquerable desire for freedom. The StB immediately started making arrests and in the framework of the subsequent operation Selb sent dozens of people to prison. No such escape occurred again.