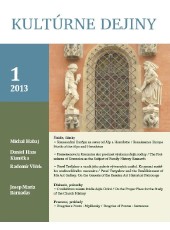 Summary/Abstract: Evagrius of Pontus (Evagrius Ponticus, around 346 – 399) was a monk of Egyptian desert and a gifted author of spiritual literature. In large monastic centres of Nitria and Kellia, he was primarily formed by two contemporary greats of ascetic life: priest Macarius of Alexandria and monk Macarius of Egypt. Thus Evagrius gained experiences that later he could pass to younger hermits. The thoughts of Evagrius became a source for literarily active John Cassian, Palladius, Maximus the Confessor or Dorotheus of Gaza. By bringing adapted ancient philosophy and lately assimilated Christian doctrine into the monastic system of education, he became a founder of “the monastic pedagogy of occupation”. For translation of the text of the Sentences (Sententiae ad monachos, Sententiae ad virginem) we used the Latin translation by Rufinus of Aquileia. In certain regards, the material resembles monastic rules of a newly established community.