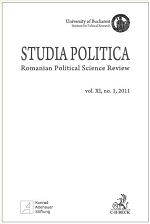 Summary/Abstract: The Holocaust and the Great Famine in Ukraine are two man made catastrophes set in the XXth century. While the first is the most documented genocide in history, the latter tends to be dismissed by the international community as an ”ineffective policy” of the Soviet Union. Having managed to exclude political killings from the UN’s definition of genocide, Russia continues to deny the Ukrainian people access to information about the famine that left 6 million people dead of starvation. Nevertheless, the Ukrainian community insists that Holodomor was genocide and should be treated as such. By comparing these two grave tragedies, similarities inevitably surface. These similarities, along with other facts, like the ”cleansing” of the elites in the years preceding and during the famine, Stalin’s letter to Kaganovich (in which Stalin mentions his fear of losing Ukraine), the differential treatment Ukraine received as opposed to the other Soviet republics, the measures taken to worsen the famine and confine it to specific areas, paint a much clearer picture of what really happened in Ukraine during the Holodomor.