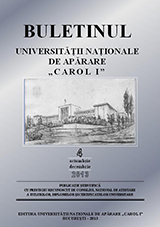 Summary/Abstract: At the end of World War I in 1918, many people were determined that such terrible slaughter and bloodshed should never exist again. An international association called the League of Nations was formed by the leading nation involved in the war. Peace and security are the most important aims of the United Nations, the successor of League of Nations. Since 1945, the UN has helped to negotiate peace deals and has provided peacekeeping forces. In addition to working for peace, the UN has many other branches, called agencies, which deal with worldwide problems. Some of these agencies provide aid for people in need, such as refugees. Others are concerned with health matters, living and working conditions, and human rights. All of these couldn’t be possible without logistics support of agencies.