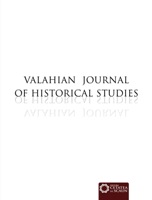 Summary/Abstract: Music played a crucial role not only at the crisis points of Czech history, such as the 1968 Soviet-led invasion and the fall of communism in 1989, but in the long years in between, during the stifling period of renewed repression known as „normalization”, which saw opponents of the regime thrown out of work, persecuted and jailed. Despite repressions, a dedicated, highly versatile and underground movement continued on from the ’60s, staging illegal events including rock concerts and artistic happenings that challenged the status quo. The counterculture movement in Czechoslovakia in the ’60s had significant political consequences. The Plastic People of the Universe was – in our opinion – the most politically important rock band to ever exist. It would be the trial of the Plastic People, that would go on to inspire the important organization called Charter 77, gathering in solidarity with the persecuted musicians and propelling Václav Havel into the forefront of the resistance movement, which would eventually topple the Communist government in November 1989, in the Velvet Revolution. The amazing history of the Plastic People is so crucially intertwined with the history of Czechoslovakia that one can not fully understand the history of that country without knowing the history of the band, and vice versa. No other rock band has had to put up with the abuse and the obstacles that the Plastic People did during their lifetime. Yet they did not plan to risk their lives for their music. As Hlavsa said, they were „dissidents against their will”. Eventually, however, they came to realize that what they were doing was historically important and their very existence through the hard times their country was experiencing was a powerful symbol of freedom of expression to the younger generation of Czechs.