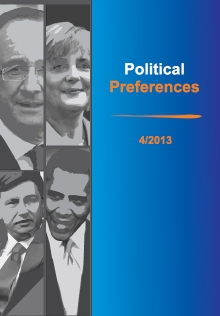 Summary/Abstract: Poland held its first ever popular presidential election at the end of 1990. Since then four such elections have been held i.e. in 1995, 2000, 2005 and 2010. In the meantime the position of the president gradually evolved hence giving rise to the question about which method for the election of the head of state is most “appropriate”. However, this issue was not an object of political deliberation for the major Polish political parties of the last 20 years. Firstly, this resulted from the popularity of the presidential election within society, which was reflected in high turnouts (considering Polish reality). Secondly, especially until the enactment of the Constitution of the Republic of Poland of 2 April 1997, no party wanted to run the risk of being accused of returning to the political transition solutions adopted at the Round Table. Thirdly, until the beginning of 2010, the competition for the office of president was “reserved” for charismatic leaders or party leaders. It was finally Donald Tusk, who decided not to contend for the presidential election of 2010 thus wanting to change the perception of the institution of president in the system of power and draw attention and emphasize the role and the importance of a government with a strong (normatively and factually) prime minister as the leader.