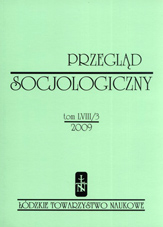 Summary/Abstract: The paper addresses the reforms of Higher Education in Poland in the period 1989–2009. In particular, it deals with legal provisions that have already come into force, and drafts of laws suggesting changes in Higher Education over the past two decades. Thus the history of the reforms is presented: a gradual modelling of the Higher Education system alongside economic, social and political changes in Poland, as well as the implementation of the Bologna Process and placement of the system in the overall European landscape. The goal of the paper is to illustrate the process of Higher Education reforms also from the perspective of the public debate that accompanied the law-making process. The voices of representatives of the academic circles, i.e. those directly concerned, are mostly critical and concentrate not so much on the grounds or reasons for some changes, but more often on the weakness of the reform as such – the sequence of the reform actions taken, faulty preparation of governmental documentation or the manner in which public consultation was carried out. In a broader context, the paper demonstrates the weaknesses of the state’s policies related to Higher Education.