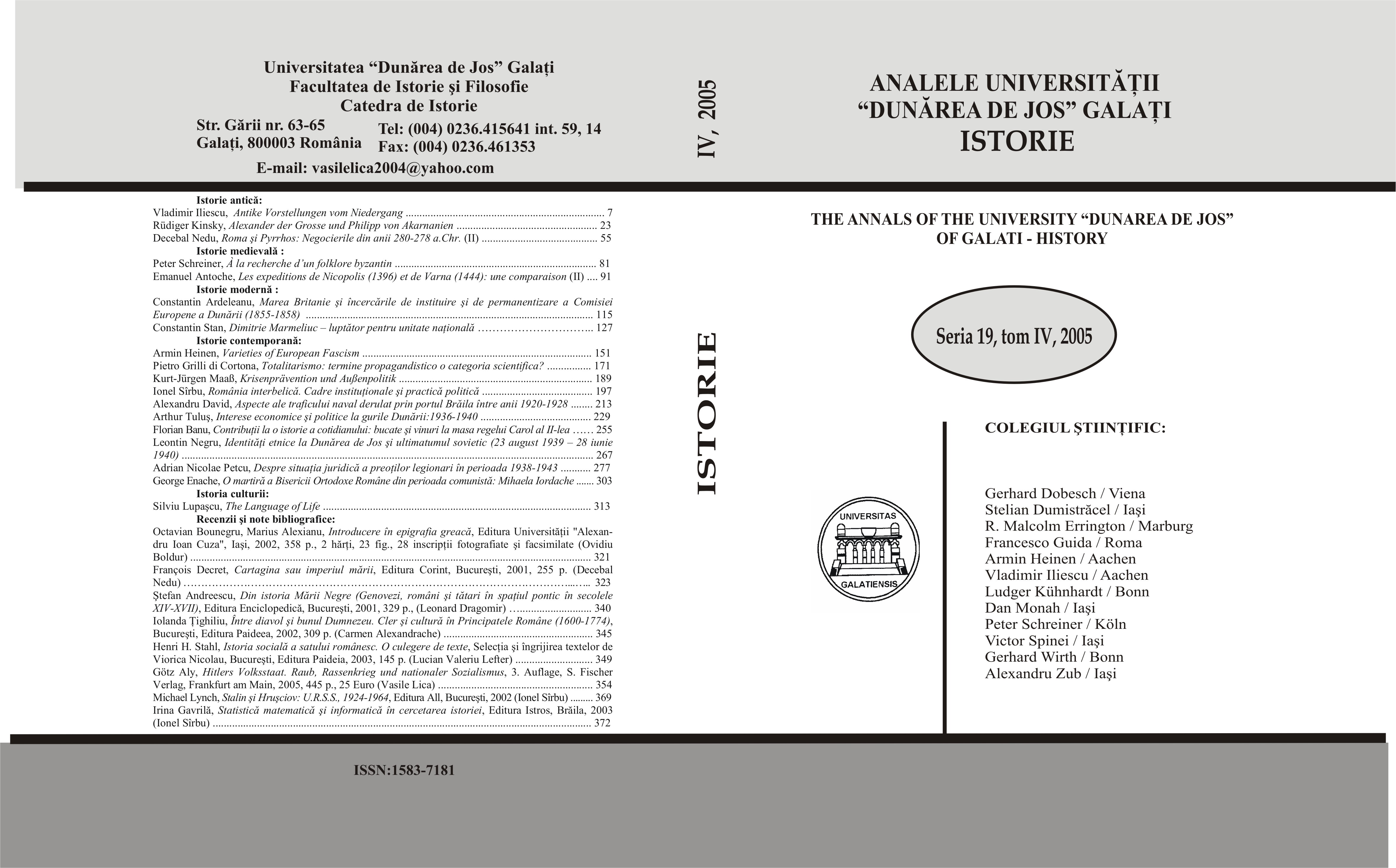 Summary/Abstract: After World War I the recent changes from Romania influenced the economical geography of the state, now unified, thus a major reorientation of the communication ways being produced. Moreover the state policy of sustainment through indirect subventions of low-taxes at C.F.R. (Romanian Railways Company) has affected the shipping transport. The case of the Brăila harbor for the just mentioned period, is eloquent: if the custom's import which took place in Brăila harbor in 1911 represented 20% from the general import of the country, in 1926 the great majority decreased at only 4%.Neither the export was better, in 1926 it reached 13%.The shipping decreased at that period, from the 40% of the total shipping on the Danube between 1911-1913,to 10% in 1923. This proves that the harbor from Brăila couldn't attract the goods quantities registered before the war, many part of them being directed to Constanţa.