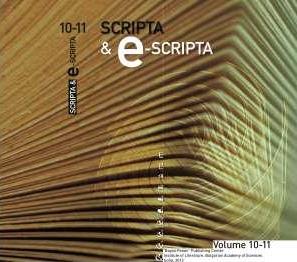 Summary/Abstract: Gregory the Nazianzen's poetry was translated into Georgian several times in the 10th-13th cc. Pro-Hellenic anonymous figures alongside Gregory's gnomic poetry translated his hymnographic-confession poems for educational purposes, which had its nfluence on the Georgian poetry of the folowing periods. Comparing the 4th c. early Christian and the 19th c. Romantic poetries allows us to make the subsequent conclusion: It is evident that if in Gregory the Nazianzen's Christian poetry a person ("ego") and the implied God stand face to face to show the conflict between the man's inner world and the evil spirit as well as to reveal the hope over the transcendent, in Romantic poetry it is the faith- crushed double that stands by the person ("ego") - the other poetic "ego" (an expression of the so called poetics of doubles). Indicative of the fact that the Evil Spirit represents N. Baratashvili's inner double is the phrase "Avaunt! Begone!". We see a similar in form phrase in Gregory the Theologian's hymns presented in the article: "Go away", "Stay away from me", although, in contrast with Gregory's Christian hymns, it is in the poem of the Romantic poet that it really acquires the meaning of a double and through Biblical-Christian vocabulary creates the impression of an archetype antiquity. On the other hand, differences in meaning and Weltanshauung between Romantic and Christian poetries, basically between religious faith and "blind faith", indicate the novel, romantic revaluation of the traditional form, namely, the correlation between the person and the evil spirit, shown on the example of N. Baratashvili's one poem "Evil Spirit". This makes it essentially different from Gregory the Nazianzen's hymnographic cicle "To the Evil". The Greek toposes of the latter as well as its old Georgian translations have undeniably influenced the Georgian literature of subsequent periods.