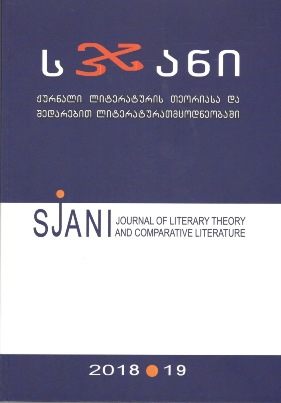 Summary/Abstract: In Martin Heidegger’s “Dialogue on Language”, the Japanese interlocutor of theGerman philosopher remarks: “Since the encounter with the European thinking, there hascome to light a certain incapacity in our language ... It is the lack of the power to representobjects related to an unequivocal order above and below each other”.Since the interpretation of the relationship of objects is possible only on the basis ofconceptual, abstract thinking, then in “an unequivocal order above and below each other”we must mean the interdependence of the corresponding concepts - their interchangeabilityon the basis of similarity, equivalence, which, according to the above view, is inherentin European languages and is not inherent in the Japanese language. Such relationship ofconcepts, as well as of linguistic signs Roman Jakobson (and before him Ferdinand deSaussure) called the substitution of paradigmatic linguistic units.Accordingly, one can suppose (or one can see how legitimate is the above view)that Japanese language and thinking of the Japanese are mostly characterized by a syntagmaticprinciple, not by substitution, but by the combination of various elements. Inthis case, it is possible to assume that this principle also underlies Japanese poetry. Onthe other hand , R.Jakobson’s postulate is of common knowledge that syntagmatic lexicalunits become equivalent under the influence of poetic function...