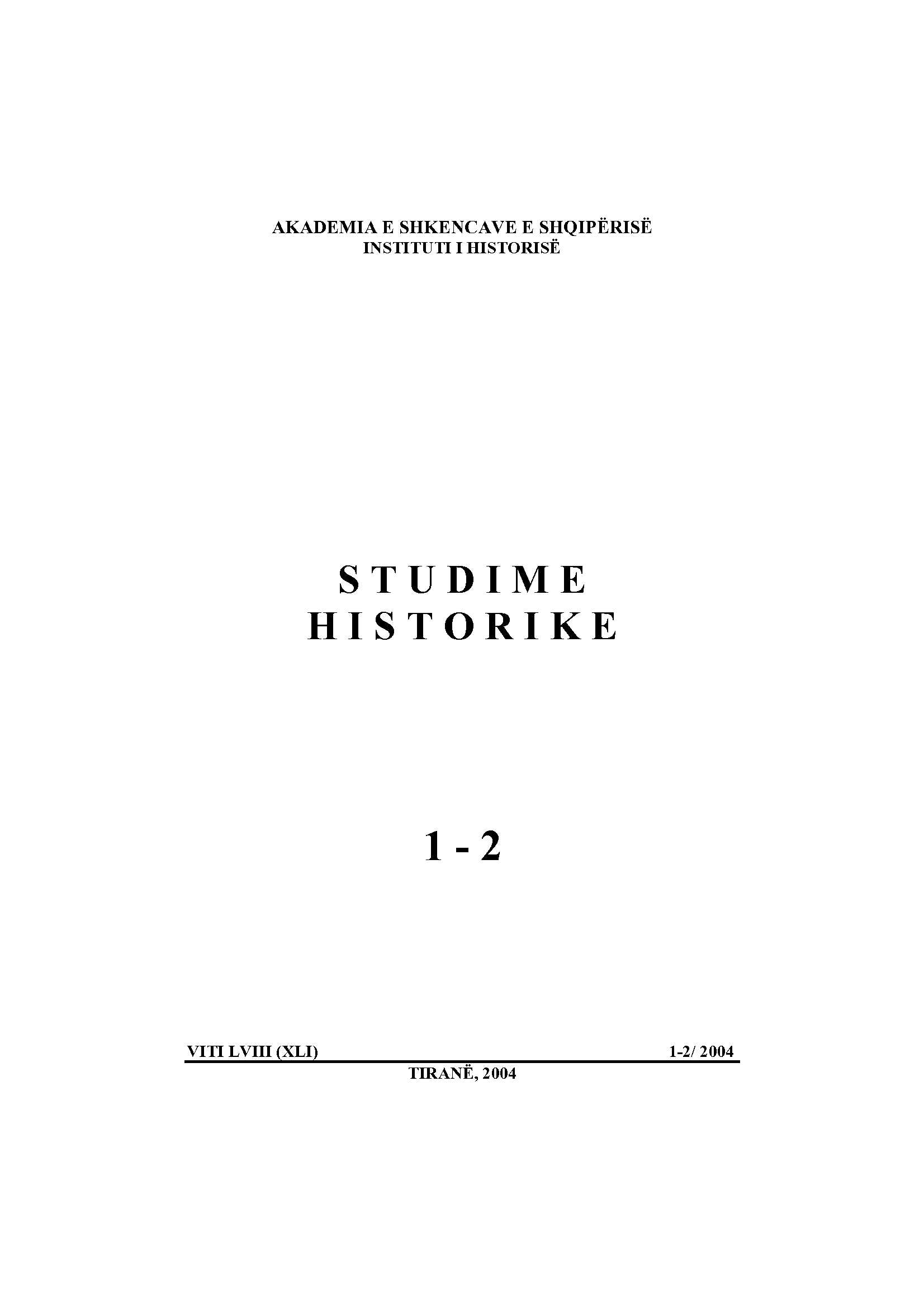 Summary/Abstract: The Albanian medieval history in a certain sense is the history of the great families which were in the role of the protagonists of the historical process developed in Albania in the course of centuries. There is no doubt that the Muzakas family as elitary component part of the Albanian nobility of the Middle Ages remains always an envied subject for the scholars of the history of this period. The beginnings of the Muzakas history are testified since the end of the XI-th century when the well-known Byzantine historian Anna Comnenian mentions about the year 1090 as one of the distinguished commander of the emperor Alexis I Comnenian a nobleman from the family in question. As origin-place of the Muzakas it is noted the zone of Opari which served as an initial nucleus of their possessions. Near the church of the Holy Trinity in the village Lavdar of this zone were situated even the graves of the ancestors of this family. Surviving successfully through the wild waves of an about two centuries old history in the documents of the end of the XIII-th century the family of the Muzakas presents himself as one of the principal actors of the Albanian political scene of the time. After the establishment of the Angevins’ rule in Albania one of the principal descendent of this family John I Muzaka is found in the first ranks of the Albanian resistance against the rulers coming from the West. In the first decades of the XIV-th century the power and the political role of the Muzakas family, headed by Andrea I (1280-1319), known by Charles I of Neapol as ruler of Berat and marshal of Arbëri are growing more and more. After the death of Dushan and the dissolution of its empire, as the other Albanian great families of the time, the Muzakas found the occasion to manifest again in quite new dimensions their political and economic identity, enlivening, consolidating and enlarging further their principality, in the end of the 60-ies and the beginning of the 70-ies of the XIV-th century Andrea II Muzaka achieved to enlarge maximally the borders of his principality, including within it the territories which began with Myzeqea in the west and ended with Kostur in the est. The obtention of the new territories was achieved triumphing in fierce fightings conducted not only with his Albanian rivals, but also with local and central Serbian rulers who inherited the possessions coming from the dissolution of the empire of Stefan Dushan. Nevertheless, beginning from the year 1374, found in front of the evergrowing hegemony of the Balshas in the west and in savage rivalry with the Topias, the principality of the Muzakas went down breaking in fragments (...)