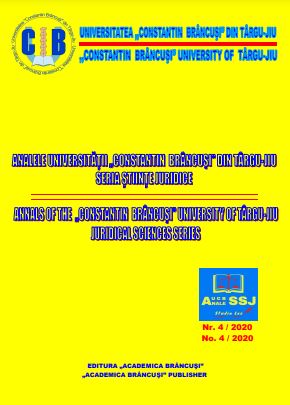 Summary/Abstract: The right of inheritance is a fundamental right, which protects the subject, "preserving" the heritage of an entire generation. At the end of the notarial succession procedure, as a result of the non-contentious debates, based on the final conclusion, the heir certificate will be issued, an instrument that proves the quality of heir, the rights and obligations that are part of the succession patrimony, as well as the quota. to each successor separately, as legally regulated. Starting from the conventional legal nature of the final conclusion, convention taken over, according to the findings of the notary public, in the certificate of heir, it can be stated that the nature of the certificate of heir is that of an act of voluntary jurisdiction, the notary signing the certificate of heir acting as a judge in noncontentious justice. Even if the certificate of heir currently possesses a greater probative force, attesting the acquisition, by the heirs, of the property right (and of all the other rights that are included in the succession patrimony), this does not equate it with a translational document of rights, the certificate maintaining the quality of declarative document, ascertaining, which attests an ope legis transmission. The heir certificate is, together with the court decision, the only means of proving the quality of heir.