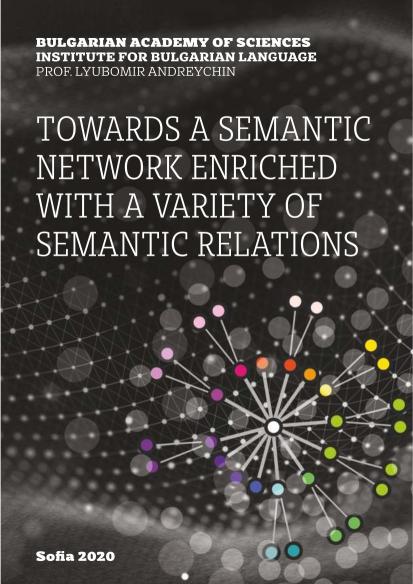 Towards a Semantic Network Enriched with a Variety of Semantic Relations

This volume features three chapters and a preface presenting the work on the project "Towards a Semantic Network Enriched with a Variety of Semantic Relations" and its results – the integration of knowledge from various semantic resources for the purpose of enriching the semantic description of verbs. The authors are researchers at the Department of Computational Linguistics at the Institute for Bulgarian Language at the Bulgarian Academy of Sciences. 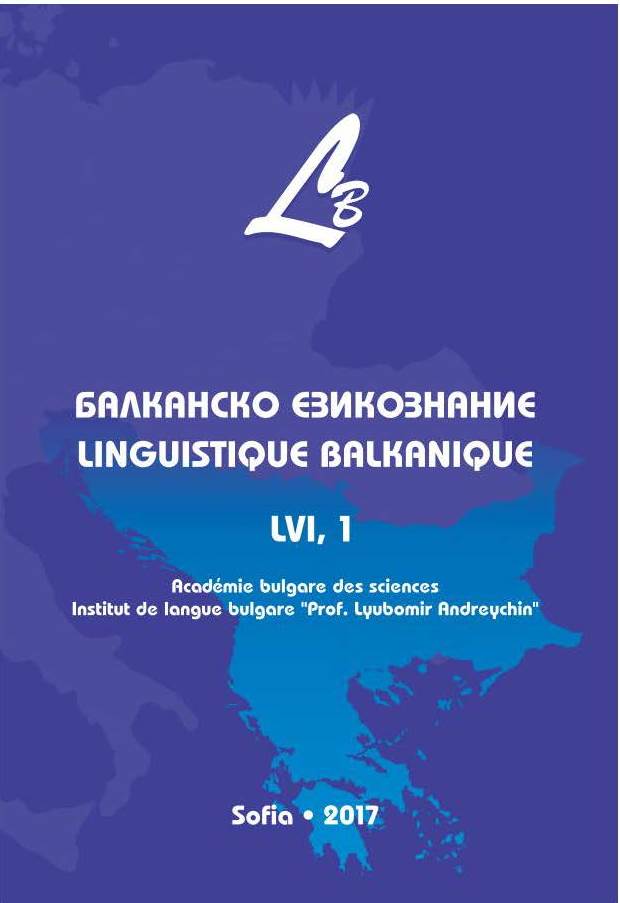 “Linguistique balkanique / Балканско езикознание” is an international peer-reviewed academic journal, organ of the Institute for Bulgarian Language. It was founded in 1958. “Linguistique balkanique / Балканско езикознание” is a semi-annual periodical (issue 1 – June and issue 2 – December). All manuscripts published in the journal are subject to anonymous peer reviewing.

Aims and Scope: “Linguistique balkanique / Балканско езикознание” publishes original studies concerning a broad variety of issues ranging from theoretical problems of the Balkan Sprachbund to specific aspects of the relations among the ancient and modern Balkan languages, and the relations of the Balkan languages with other Indo-European and non-Indo-European languages. It is the only periodical with an exclusive focus on Balkan linguistics. “Linguistique balkanique” publishes articles presenting empirical studies concerning different synchronic and diachronic problems of the Balkan languages. Review articles of significant works in the field of Balkan Studies and Indo-European Studies, as well as information on scientific events related to the subject matter of the Journal are also published.

History: “Linguistique balkanique” was founded as an organ of the Institute for Bulgarian Language “Prof. Lyubomir Andreychin” at the Bulgarian Academy of Sciences in 1958 by Academician Vladimir Georgiev, who was editor-in-chief until 1987. Between 1987 and 2004 he was succeeded by Academician Ivan Duridanov. After his death the journal was taken over by Prof. Todor At. Todorov, who led it until the beginning of 2008. The present editor-in-chief of the periodical is Prof. DSc. Anna Choleva-Dimitrova (since 2008 – up to now). So far, the journal has established itself as one of the most prestigious Bulgarian linguistic editions. A number of prominent Bulgarian and foreign linguists from several continents have collaborated with it.