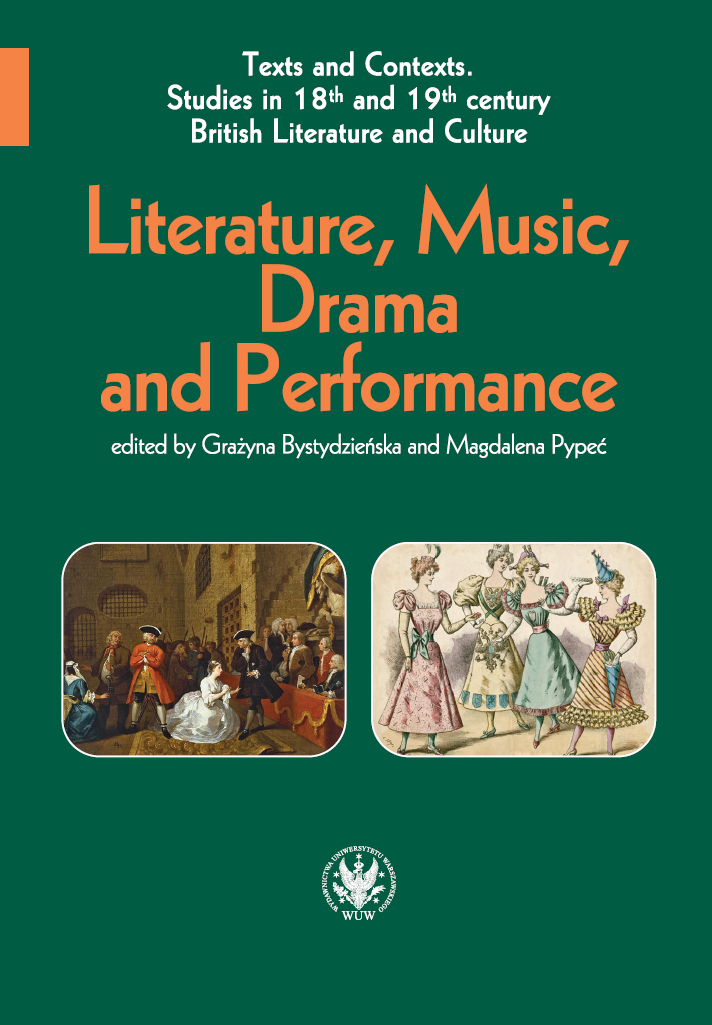 Author(s): Przemysław Uściński
Subject(s): Cultural history, Theoretical Linguistics, Applied Linguistics, Philology, British Literature
Published by: Wydawnictwa Uniwersytetu Warszawskiego
Keywords: hypocrisy; sentimental novel; moral sentiment; Henry Mackenzie; Adam Smith
Summary/Abstract: Taking as a point of departure Derrida’s discussion of the concept of pity in Jean-Jacques Rousseau’s writings, I focus on the constructions of the sentimental subject in Mackenzie’s novel as well as the very insistence on spontaneity that the so-called “sentimental novels” seem to portray. In that context, I also briefly look at Mackenzie’s techniques of presenting in his novel a collection of scenes, or tableaux, that could be seen as theatrical. Mackenzie was also a playwright and the author of, among others, a comedy "False Shame, or the White Hypocrite", and a tragedy "The Prince of Tunis", the latter being published two years after his most memorable novel, "The Man of Feeling" (1771). The notion of theatricality is connected with that of hypocrisy, which etymologically refers to pretending, or playing a part in a spectacle. In that context I also examine some of the implications of critical readings of the aesthetics of sentimentality, as those readings often emphasize the paradoxical, or contradictory, character of this then fashionable literary trend, which has tended to deploy both the claims to “natural” goodness and the sense of pity inherent in humans (what Adam Smith referred to as ‘moral sentiments’) as well as the highly conventionalized techniques of writing, for instance those referring to body language (gesturing, blushing, shedding a tear), which itself, as a system of signs, becomes rehearsed and conventionalized, and thus potentially subject to dissimulation and hypocritical manipulation.