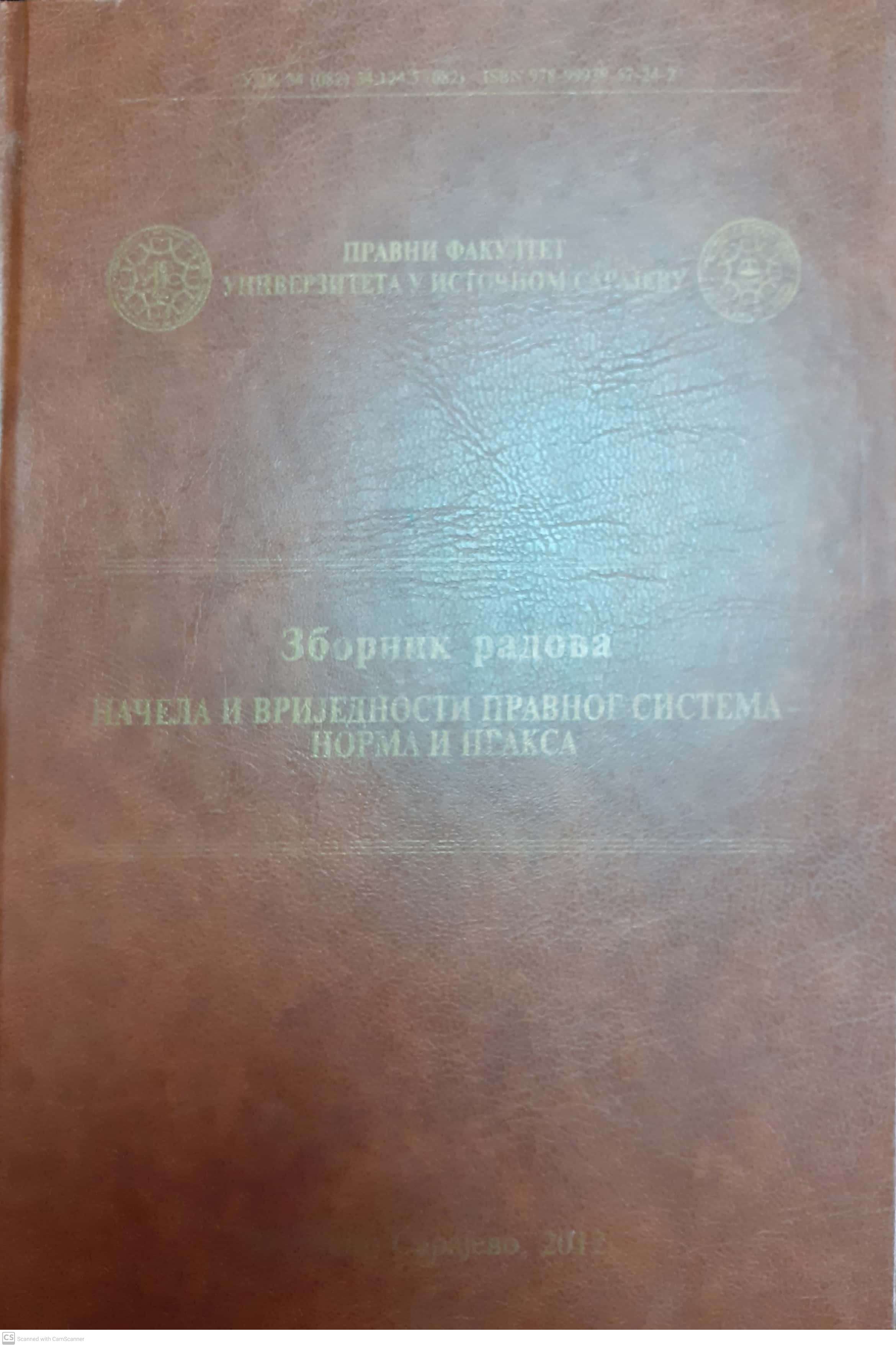 Author(s): Predrag Dimitrijević
Subject(s): Social Sciences, Law, Constitution, Jurisprudence
Published by: Правни факултет Универзитета у Источном Сарајеву
Keywords: Conflict of interest;Incompatibility of functions;Codex of behavior of state servants and officials;
Summary/Abstract: Conflict of interest (incompatibility) is a complex social phenomenon that can manifest itself in different forms. Conflict of interest presupposes the existence of different interests that are conflicting. Realization of a conflict of interest leads to frustration and a miscarriage of another, opposite interest. Conflict of interest in one position or function means that you benefit because you are on second function or position, and vice versa: that second function gives you benefits for first function. Thus, the interests or benefits of individuals, civil servants or officials are evident due to the fact that such persons are in a position that allows them to benefit from them. Here we have two public interests in conflict. However, the legislator speaks of a conflict of interest only in the context of public and private interests. In this sense realization of private interest can endanger and frustrate realization of public interest. However, different interests can conflict: public and private (financial, family, personal, and strangers, etc.) and two public interests between themselves.There are various categorizations of conflicts of interest. There is real and apparent conflict of interest, in which case there is no real conflict; then a current and future conflict of interest that is threatening or potential conflict, which can develop into an existing, ongoing one. Therefore, in order to prevent a conflict civil servant is obliged, from the moment he is appointed to a post, to disclose all information about his financial position, as well as information on activities and functions of members of his or hers family members. Also, there are categories of direct and indirect conflicts of interest.In state legal systems there are legislation and institutions in the form of so-called, independent bodies (Anti-corruption Agency, etc...), responsible for monitoring, identifying and sanctioning an appearance of potential and actual conflicts of interest. The law regulates their competences and procedure in the treatment of specific legal (administrative) issues, as well as the mechanisms of legal protection against their decisions. In this case, it is final judicial protection against acts of individual agencies, so called, administrative proceedings (judicial review of administrative acts) and even a constitutional dispute. Intention of these court procedures is to protect their independence, which can be seriously endangered by political influence in the legislative and executive powers.