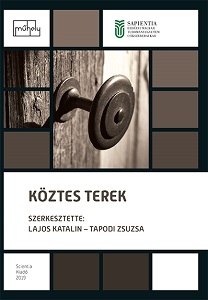 Author(s): Erika Tekei
Subject(s): Language and Literature Studies, Studies of Literature
Published by: Scientia
Keywords: folktale collections; professional reception; local reception; oral storytelling; transmedial border crossings;
Summary/Abstract: In my paper, I examine the spontaneous and directed changes in folktales over the last seventy years. My questions are: how are the concept of tradition, the attitude about tradition, the relation between users, owners, researchers, and vendors of tradition modified and organized by communication technologies and mediums piled into the same period. I follow the folktales, their way from the traditional tellers and their audience to functional tellers today, the transition from orality to literacy, multimedia and some kind of “e-tradition”, and finally the return to the traditional folktale telling. After the Second World War, there came the years of socialism and communism, the period of people’s democracy, and in the given historical-political context everything was controlled by the Communist Party: the organization of compulsory education, the emergence of new communication technologies, the rapid spread of newspapers, magazines, books and later the radio and television, the rapid dissemination of news and information. As a result, the traditional, oral folk culture, the structure of the texts underwent spontaneous and directed changes. The registration and preservation of folklore genres which played an important role in the construction of national and local identity became significant. Turning organic tradition into cultural heritage could and can be done only with the authority of socially well-positioned individuals, but the production and distribution of representations carries the risk of the scientific and representative folklorism.