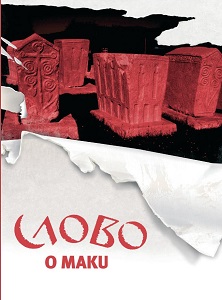 Author(s): Miroslav Artić
Subject(s): Bosnian Literature, Theory of Literature
Published by: Fakultet humanističkih nauka, Univerzitet »Džemal Bijedić« u Mostaru
Keywords: expressiveness; poetic language; phonetic approach;
Summary/Abstract: The text starts from a stand point of the expressiveness of the poetic language of Mak Dizdar with the intention to once again hear his poetry considering it was created in a primal language, as Dizdar himself put it, in a language that screams of “apocalyptical question marks”. And this language was precisely brought to life from “primordial”. Suddenly this primordial “silent language has become vocal”. How can readers recognize a primordial call to life in that awoken primordial language that screams with question marks? This is the reason time and time again his language is read, the language of questions, the language of the primordial wondering and a constant openness. In that targeted analysis, the starting point is the phonetic approach to the poem (Vuletić, 2005), according to which, as Vuletić suggest, the poetic meaning is not realized in the singular, individual but in a relationship with other meanings. Mak Dizdar’s poems would be heard using this approach, guided by an inner organization, with the intention to determine the function of the rhyme, in order to find out in what way the regularity in repetition and the rhythm is formed and realized. Motivation is also questioned, which is present in the relationship of the content and the frequency of return to the original text in the poem, which according to Lotman, has already fulfilled its basic information role. The main starting point in the analysis of the poem is its vocal organization, and it is especially important as even Guberina pointed out that the whole of a man speaks, not just his vocal organs. He suggests that other, non-lingual signs are also sent, apart from the lingual ones.