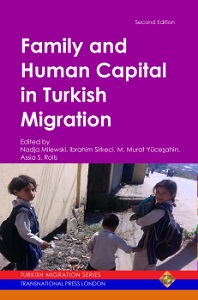 Who takes part in a cross sectional survey on health care service utilisation among Turkish and German nationals in Germany?

Turkish-language ability of children of immigrants in Germany

‘Making the balance: to stay or not to stay?’ Highly educated Turkish migrants, trends of migration and migration intentions.

Human capital exchange between Germany and Turkey. A focus on Turkish students in Germany

Segmentation or assimilation over the life course? Career mobility of second generation Turkish women in Germany