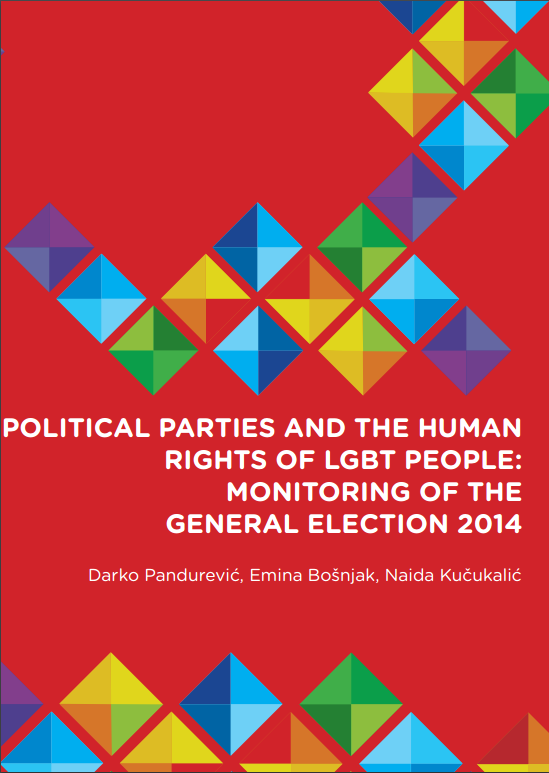 Author(s): Darko Pandurević, Emina Bošnjak, Naida Kučukalić
Contributor(s): Jasenka Kapetanović (Translator), Saša Gavrić (Editor), Emina Bošnjak (Editor)
Subject(s): Politics / Political Sciences, Politics, Social Sciences, Gender Studies, Law, Constitution, Jurisprudence, Human Rights and Humanitarian Law, Sociology, Electoral systems, Evaluation research
Published by: Sarajevo Open Centre
Keywords: political parties; human rights; LGBT; monitoring; general election; 2014;
Summary/Abstract: During the election campaign for the 2014 general election there have been very few promises made in regards to human rights. The entire field of respect and protection of the human rights was either ignored or overshadowed by the ethno-national slogans and nationalist rhetoric. The parties, as expected, devoted the maximum attention to the growing economic and social issues, which is justified, but, on the other hand, human rights were mentioned only superficially, without clear objectives or as an issue almost exclusively related to the conditions for European integration. In line with that, it has been almost impossible to find references to terms such as LGBT people, protection from discrimination based on sex, gender identity or sexual orientation.