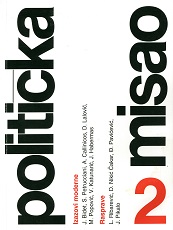 Summary/Abstract: Bosnia and Herzegovina is subject to constant constitutional changes. The 2000 decision of the Constitutional Court of BiH influenced the interpretations of the principle of constitutiveness and the introduction of equality of the three ethnic communities throughout its territory. The second judicial decision, reached by the European Court of Human Rights, will cause further development of the BiH constitutional system, for it is oriented towards the abolition of discrimination of other BiH citizens (ethnic minorities and members of no specific ethnicity) within the context of election into the organs of legislative and executive powers on the BiH level. The aim of this article is to present concisely the ways of alteration of the Constitution and the process of construction of state institutions up to this point. The final two sections look into the political initiatives and current discussions regarding a future constitutional reform, while the final section provides the authors’ critical comment on a potential reform of the BiH Constitution.