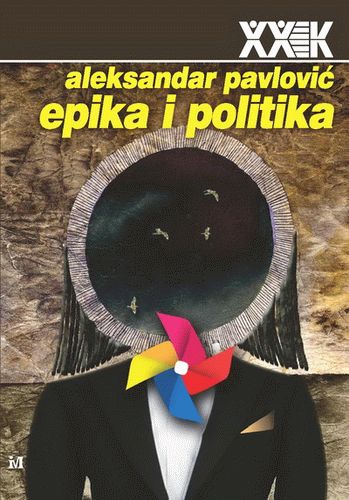 Epika i politika
Epics and Politics

Author(s): Aleksandar Pavlović
Subject(s): Politics / Political Sciences, Politics, History, Anthropology, Social Sciences, Cultural history, Sociology, Developing nations, Nationalism Studies
Published by: Biblioteka XX vek
Summary/Abstract: This book can, I hope, be read as a story. The plot develops during the first decades of the nineteenth century, when schiolars began to take interest in the Montenegrin oral tradition and when the first transcriptions and anthologies appeared. The story has its heroes: a bishop, Petar Petrović Njegoš, who was also the ruler and creator of Montenegrin statehood; a professional gusle singer, Đura Milutinović, who was also literate, educated, with a great respect for books and education, a fiery nationalist close to Serbian and Montenegrin political leaders; and of course Vuk Karadžić, the central figure in establishing the oral tradition as the foundation of national culture, and in many respects the central figure of Serbian culture in general.Thanks to the by now classic work of Smith, Gellner and Hobsbawm, we are familiar with the decisive role of cultural and political elites in „the invention of tradition“ and the genesis of national-romantic ideas and movements in Europe in the first half of the nineteenth century, and the significance of folk epics in this process amoing the South Slavs has long been noted. Although we are all familiar with the results, in this case the establishment of the Montenegrin and Herzegovinian epic as a national tradition, it seemed to me that the whole story, involving the growth and establishment of a new paradigm and its connection to the oral tradition, had not been told. In that context I recalled Sartre’s observation that Foucault wonderfully demonstrates that paradigms change, but tells us nothing about how they change and who are its agents (Sartre 1966: 87). Oral poetry may not offer the most gratifying grounds for such analysis because it is, in contrast with written text, a fluid, collective creation which is, from a methodological point of view, lacking in authors, beginnings, history. But that does not mean that the oral tradition is immune to change or influence from written culture and „politically influential figures,“ as we would now call them. This book represents an effort to identify those changes and influences through the example of a Montenegrin epic published in one of Karadžić’s anthologies.Some readers will, I hope, find the theoretical and methodological framework used in this research and its conclusions persuasive. Others might observe that neither I nor my predecessors in this field, after all, have indisputable evidence that Bishop Petar I or Đura Milutinović personally introduced new poems or rewrote old ones, and in that way reconfigured the oral tradition. Those readers might approach this book as a work comprised of an assortment of documentary and scientific facts in which concrete personages are not necessary, and possibly represent the fruit of the author’s romantic imagination. Maybe other readers, who remain committed to positivistic convictions on scientific rigour reliability, if such readers still exist, might save some time and effort and choose something else to read.***This book is based on the text of the doctoral dissertation, titled “From Traditional to Transitional Texts: Montenegrin Oral Tradition and Vuk Karadžić’s Narodne srpske pjesme,” which I defended at the University of Nottingham in 2012. In the preparation of the thesis I received great help from my supervisors David Norris and Vladimir Zorić, and also from the examiners Vladislava Ribnikar and Zoran Milutinović. My debt to Vladimir Zorić is especially great. He was my amicus certus, my source of support in the long process of applying for admission, seeking fellowships, writing the thesis and all of the challenges that involves. I also owe great thanks to my friends and colleagues (now scattered around the world), Stijn Vervaet, Alexander Dunst, Ivana Đurić, Stefanie Petschick, Adity Singh and Teodora Todorova for their perceptive comments and suggestions, and also for their help in confronting the linguistic, theoretical and existential dilemmas faced during my stay in England. My long friendship with Saša Ćirić has also left its traces in this book. But above all I owe thanks to Jelena, Ksenija and Ljiljana for the support they offer me in life, and Sofija, who brought into it a pleasure greater than any books or research.A.P., July 2014