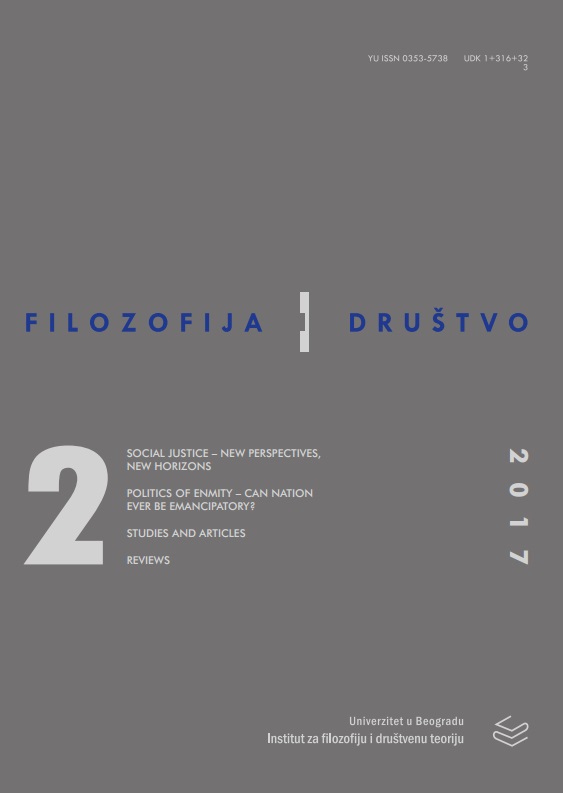 Summary/Abstract: This paper follows the perception of enmity relations in the recent online contributions of 20 global intellectual ‘superstars’, such as Habermas, Klein, Žižek and others. We observed two, very general distinctions; the first one includes several geopolitical oppositions such as Germany vs. the rest of the EU, Russia vs. the West and national vs. supranational, while the second is between the majority and privileged few/elites. We argue that contemporary intellectuals are still influential public figures, and that their efforts are more directed at empowerment and reform of the societies through the existing system than at promoting and advocating alternatives to the existing neoliberal socio-economical order.