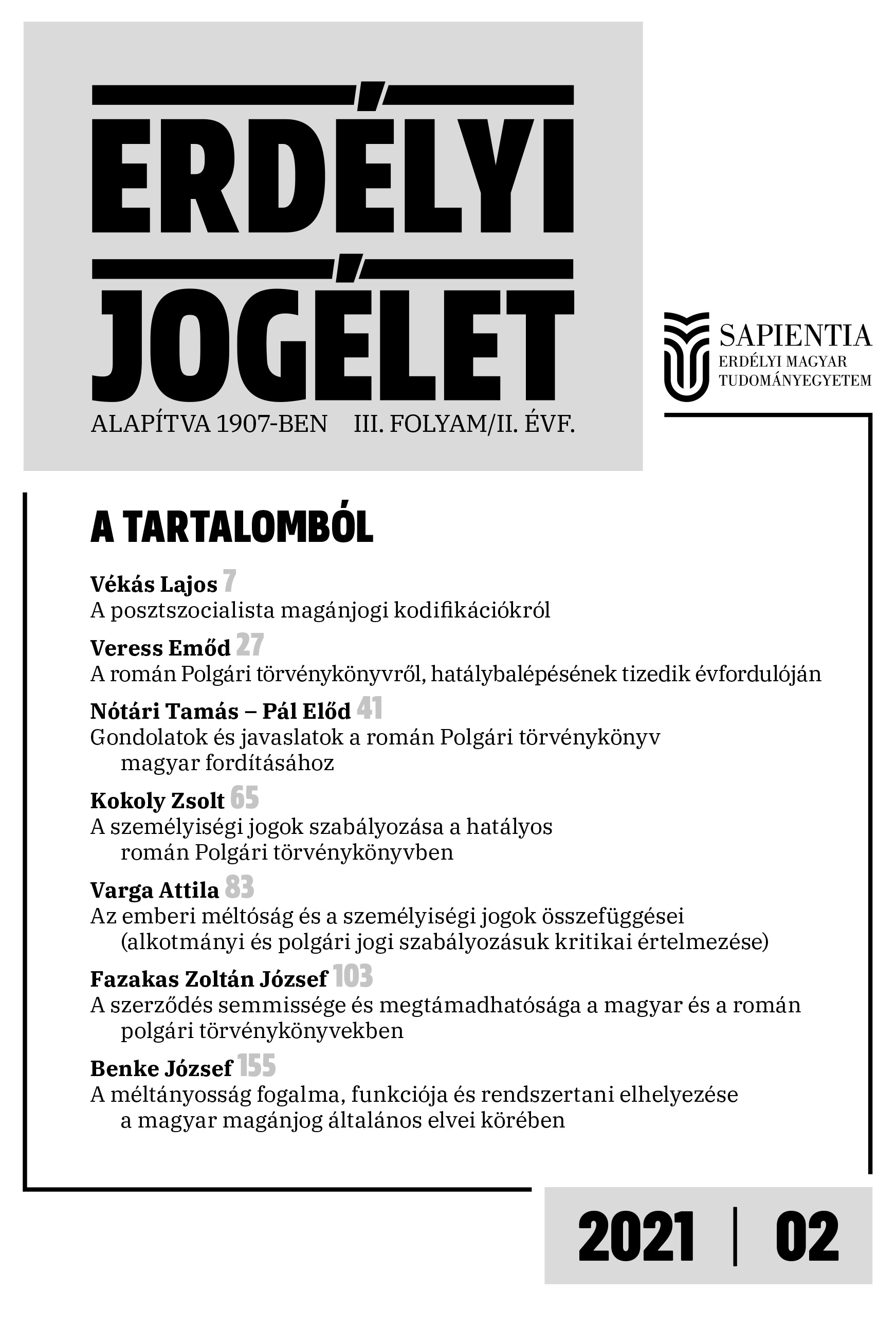 Author(s): József Benke
Subject(s): Philosophy of Law
Published by: Scientia
Keywords: the sources and functions and different species (types) of Hungarian private law’s general principles; the governing principles of Rule of Law and Justice and Equity and correlation thereof;

Summary/Abstract: The paper summarises the sources, functions and species (types) of Hungarian private law’s general principles. It emphasises that the non-legal basis thereof consists in the Common European Cultural Heritage (as Greek philosophy, Roman law, Judeo-Christian religious tradition, Humanism, Enlightenment). Thereafter, the contribution analyses the interdependence and mechanisms of action of the governing principles of Rule of Law and Justice. The study shows that, on the one hand, among homogeneous relationships and circumstances, Justice operates as the Rule of Law, while, in heterogeneity, it is the Equity, which performs the Rule of Law by means of correction of Justice: Both Justice and Equity guarantee the perpetuance of Rule of Law, which has a certain predominance according to the previous two principles. The article presents how these governing principles bind and oblige legislation, application of law and subjects of law (persons) as well. In a critical approach, the paper defines Equity as it is a governing principle of Hungarian private law obliging legislation and jurisdiction in different manners for guaranteeing Rule of Law by a correction of Justice through a one-sided preference resulting from judicial discretion based on statutory mandate for the purpose, on the one hand, of the shield those worthy of protection, and, on the other hand, in special and extraordinary cases, in order to grant derogations from the general norm within the very provisions of certain regulations.