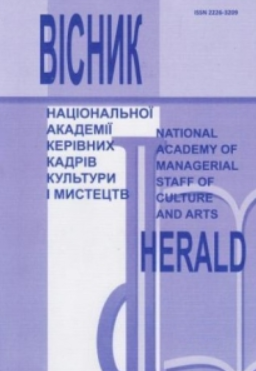 Summary/Abstract: The aim of the work is to investigate memeticity as a defining characteristic of modern communicative practices unfolding in the digital environment of the Internet. The research methodology consists in the application of analytical, semiotic, discursive, culturological methods in the study of memetics and memes as fundamental polymodal and interdiscursive objects of digital culture, acting as means of communication capable of forming social narratives and discourses through the prism of social semiotics. her identity. The scientific novelty of the work is that for the first time modern communicative practices of the digital environment are analyzed in terms of prevalence in their structure of memeticity and memetic communication; Memes, in turn, are considered not only as units of cultural information and entertainment content, but also as digital polysemes that have the ability to serve as a universal means of communication, explanation of reality, commenting on current events, promoting important norms and values. Conclusions. Over the last decade, memes have become a complex phenomenon of Internet communication and modern communication practices in general, which are characterized by memetics as an integral attribute. From the point of view of the development of modern digital information space, memes are understood as cultural information that is transmitted from person to person, but, at the same time, grows into a social phenomenon that shapes the thinking, behavior and actions of communities. Memes combine forms of intertextuality with elements of popular culture, emphasizing the dynamics of the real and virtual world and becoming an online discourse tool that gives users a sense of commitment to creating and participating in it and even influencing others. Given the discursive potential, polysemy, realized in memes, it is possible to understand the ability of these artifacts of digital culture to form new meanings and values, evaluative judgments. Memetics is a part of public communication that defines memes as texts created, disseminated and collectively transformed by various participants in participatory digital culture, enhancing socio-cultural integration in society, allowing co-thinkers to co-opt into a single symbolic space built on new precedents or precedents.