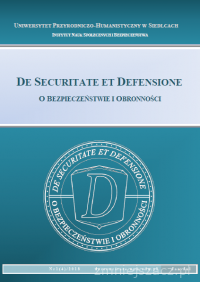 Summary/Abstract: Organized crime did not arise suddenly, it is a phenomenon that dates back to the nineteenth century. Its modern form is characterized by exceptional diversity both in terms of goods threatened by its impact, as well as the forms in which it manifests itself. The main areas of threat are drug production and trafficking. It is a global problem and the links of organized crime groups cover the whole world, regardless of the system, political or economic situation of a given country. The international drug crime has developed too rapidly and individual governments are not able to cope with it. Countries have been confronted with the need to join forces and create a strong legal instrument, based on international cooperation, which will be ableto give the relevant national authorities the right powers to counter organized drug crime. The aim of the article is to present the legislative and institutional dimension of the fight against organized drug crime in the global, European, and national perspective. The research problem took the form of a following question: how is organized drug crime combated internationally? The author also adopted the following research hypothesis: further, intensive development of organized drug crime will require intensified actions to combat it, with particular emphasis on strengthening legal instruments based on coherent cooperation.