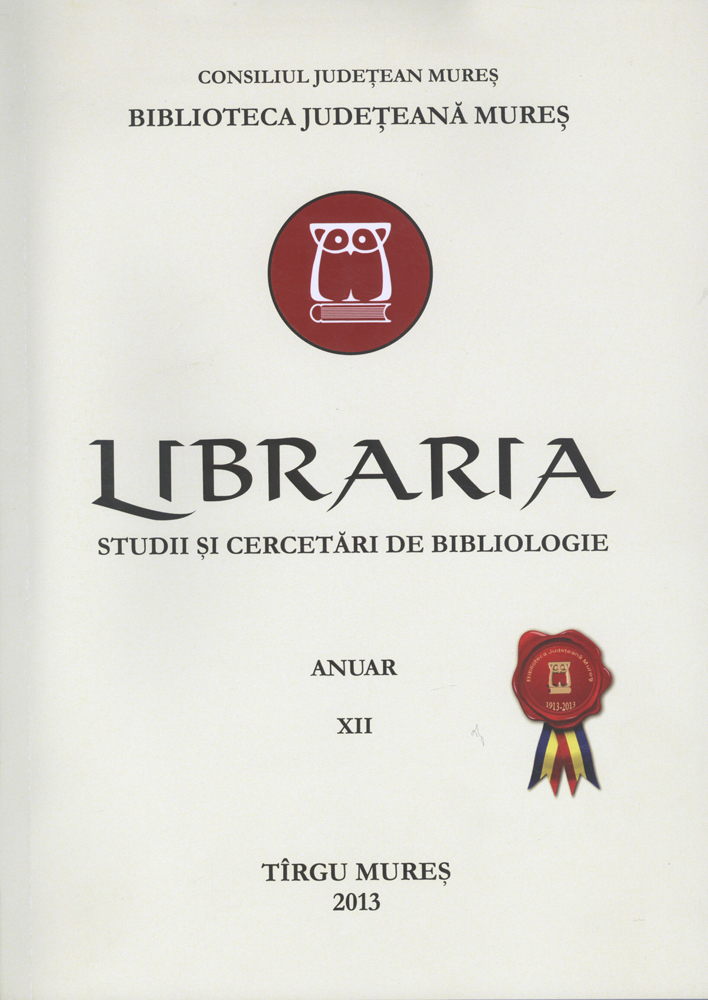 Contributions to the history of Romanian and foreign libraries

Summary/Abstract: We consider important the debate about this topic, in order to demonstrate that behind each negative stereotype created about a nation is an offensive purpose of conquering and transforming the „Other” in „Us.”The starting point is that the construction of an identity is build at the intersection of two axis: the reality and the imaginary, and it relies itself in greater part on an collective imagination. That is why, when we hear what some people believe about the other, we have to adopt some „reading grids” in order not to be deceived by the distorted and caricatured typologies and stereotypes which characterize the Other for explaining the Self.However it may be, reading the most different texts we have to accept that „there is no innocent text”- as Zoe Petre assures us. The aim of this paper is to see in which measure ancient literary texts can be revealing in characterizing „barbarian” places and peoples from the point of view of identity vs. alterity. Each individual and group exists in a real physical environment, but his/their identity is based on an collective imagination. The Dacians seemed for the Greeks and Romans as a primitive population, mostly because they were not so known as the Persians, Egyptians and because their lack of knowledge was completed by their imagination. What remained from the ancient texts are copies of the most interesting excerpts about miraculous facts, written by those who used secondary sources and actually never met the described population face to face. So, the Dacians (mistaken with the Scythians because of Herod) became a paradigm of the „other:” nomads, bad navigators, invincible, with a cruelty which broke all the unwritten laws of the Greek cities, they were the purest alterity. Prejudice is a leitmotif for Ovidius, who might be the most illustrious example (even if before him Propertius mentioned: „…at the Getae is always winter”). The exile case of the great Latin poet is a sample of mentality concerning the idea of identity/alterity and that because, travelling (even if exiled) means „to play in a subtle way with space and time and to accept loosing direct contact with the land and place of origin,” actually it means to confront your opinion and morale with those of the strangers.