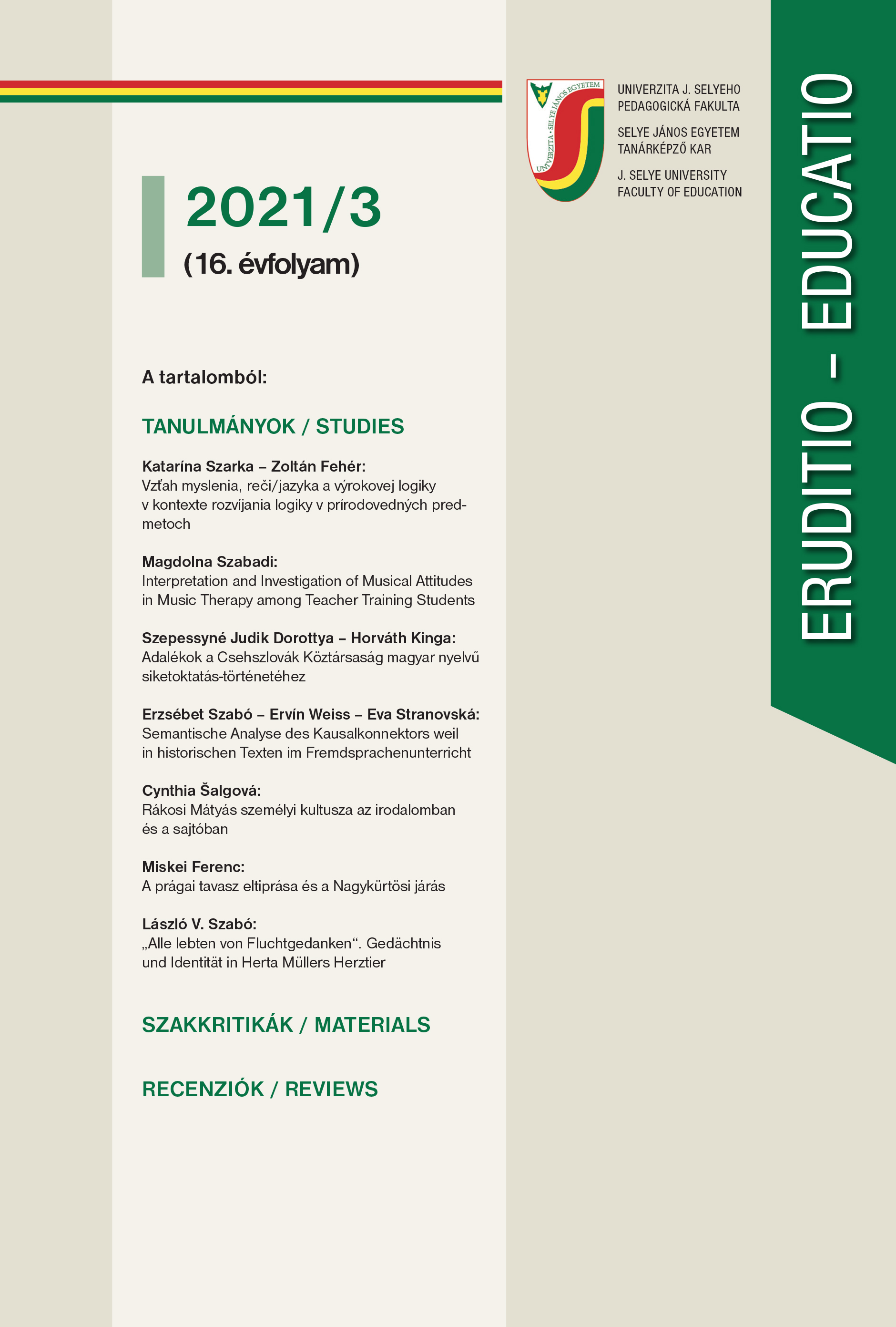 Summary/Abstract: In this study we present the educational-historical data of the only institute for the Deaf operating in the Czechoslovak Republic, in Komárom (Komárno), between 1920 and 1938. By 1918 a unified deaf education network had been established in the territory of historical Hungary in the Austro-Hungarian Monarchy where 16 institutes for the Deaf were run, covering the entire area of the country. Out of these, three were located in Upper Hungary (Felvidék): in Jolsva (Jelšava), in Körmöcbánya (Kremnica) and in Pozsony (Bratislava); in the Carpathian region, school-age deaf learners were expected in an institute for the Deaf in Ungvár (Uzhhorod). This system disintegrated with the Trianon Peace Treaty. The institutes located at Pozsony (Bratislava), Körmöc¬bánya (Kremnica), Jolsva (Jelšava) and Ungvár (Uzhhorod) became organisations lo¬cated in the Czechoslovak Republic from the former Hungarian institutes for the Deaf. A Hungarian-language, newly established school for the Deaf was run in Komárom (Komárno) between 1920 and 1938 in the territory of the Czechoslovak Republic. After the First Vienna Award, the aforementioned institute for the Deaf was moved to Losonc (Lučenec). While researching the history of the Hungarian-language Institute for the Deaf of Komárom (Komárno), it turned out that the sources referring to operation and history (statistics, archive, library, press history) are scanty, I therefore used the term addenda in the title.