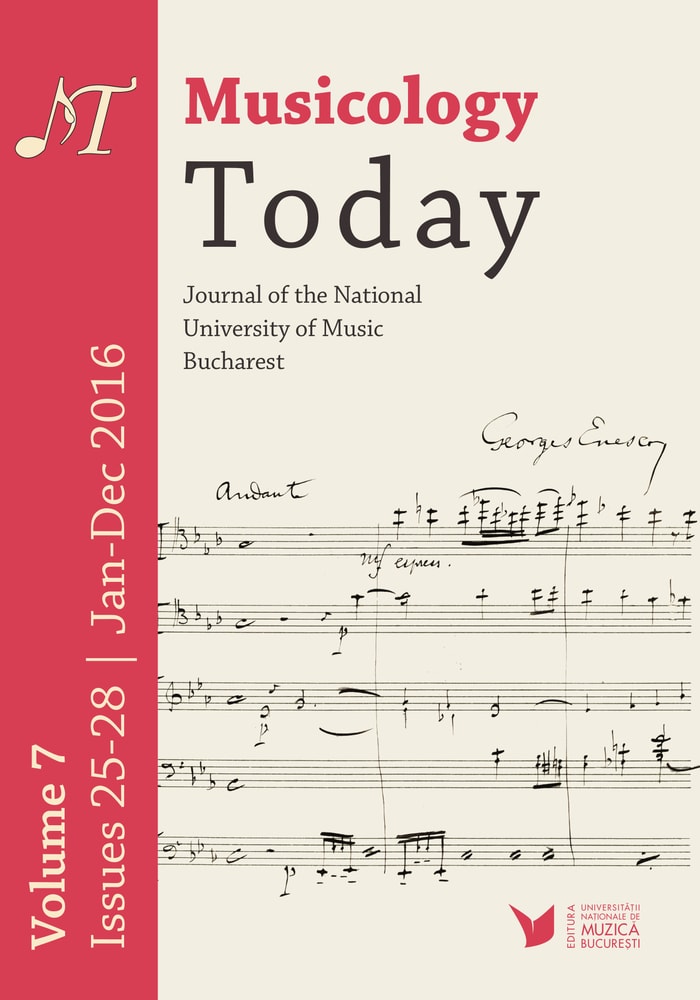 Summary/Abstract: Iosif Chișinevschi’s proclamation in Bucharest, in the autumn of 1947, of the Zhdanovist thesis according to which “there can be no great culture, viable art . . . unless they are grounded in progressive ideology”, instituted socialist realism as the only method of artistic production and expression, one which also had to be adopted, without exception, by those dealing with art and culture in the Army. In the new political regime, perhaps more than ever, military music was called to – or, better yet, summoned to – assent to the Party’s desire that it join in the patriotic and civic education of the soldiers of the newly founded People’s Army. As such, orchestras and ensembles of all types were founded in the country’s defense institutions, based on the model of the famous Alexander Alexandrov (Red Army) Ensemble, and Soviet repertoires were appropriated and adapted. The present study investigates the mechanisms by which the new repertoires promoted by the military brass bands of the People’s Army became instruments of manipulation and struggle in the service of state power, as well as the aesthetic and compositional norms that took shape with these musical works during the Stalinist period in Romania.