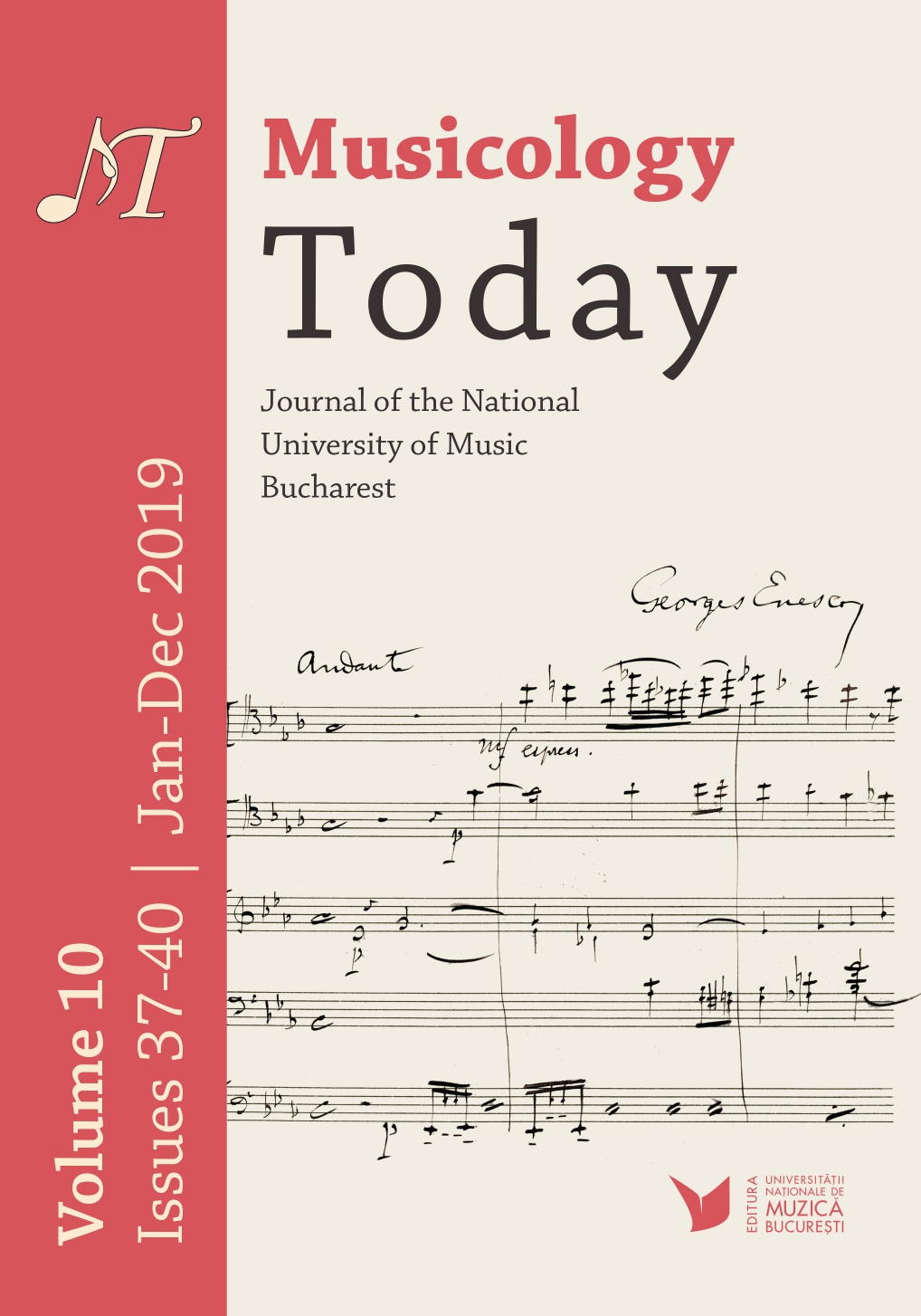 Summary/Abstract: Stalin turned 70 on December 21, 1949, an occasion on which all "democratic" peoples of the world were celebrating the embodiment of perfection, the "greatest Genius of all times and of all peoples". A genuine "collective psychosis" turned the Generalissimo into the central subject of "Soviet arts", music playing a major role in this strategy to promote his image as a "liberator" and "saviour" of nations. Just like in other Communist States, in the Romania of the times, the scope of events dedicated to Stalin’s 70th anniversary was unprecedented: books, albums, films, conferences, exhibitions, festivals, proletarian competitions, festive gatherings, etc. marked in detail and overemphasised the life and activity of the "Great Man". This study investigates the musical events organised on this festive occasion in the People’s Republic of Romania, as well as the more than 100 Romanian choral, instrumental or vocal-instrumental creations dedicated to Stalin. In parallel, discussions will approach the dramatic transformations undergone by the Society of Romanian Composers in its 1949 metamorphosis under a new name, in the context of campaigns fighting against "formalist deviations" evinced by certain composers, and of the institution of Socialist Realism as a unique creation method that was to be adopted by all arts.