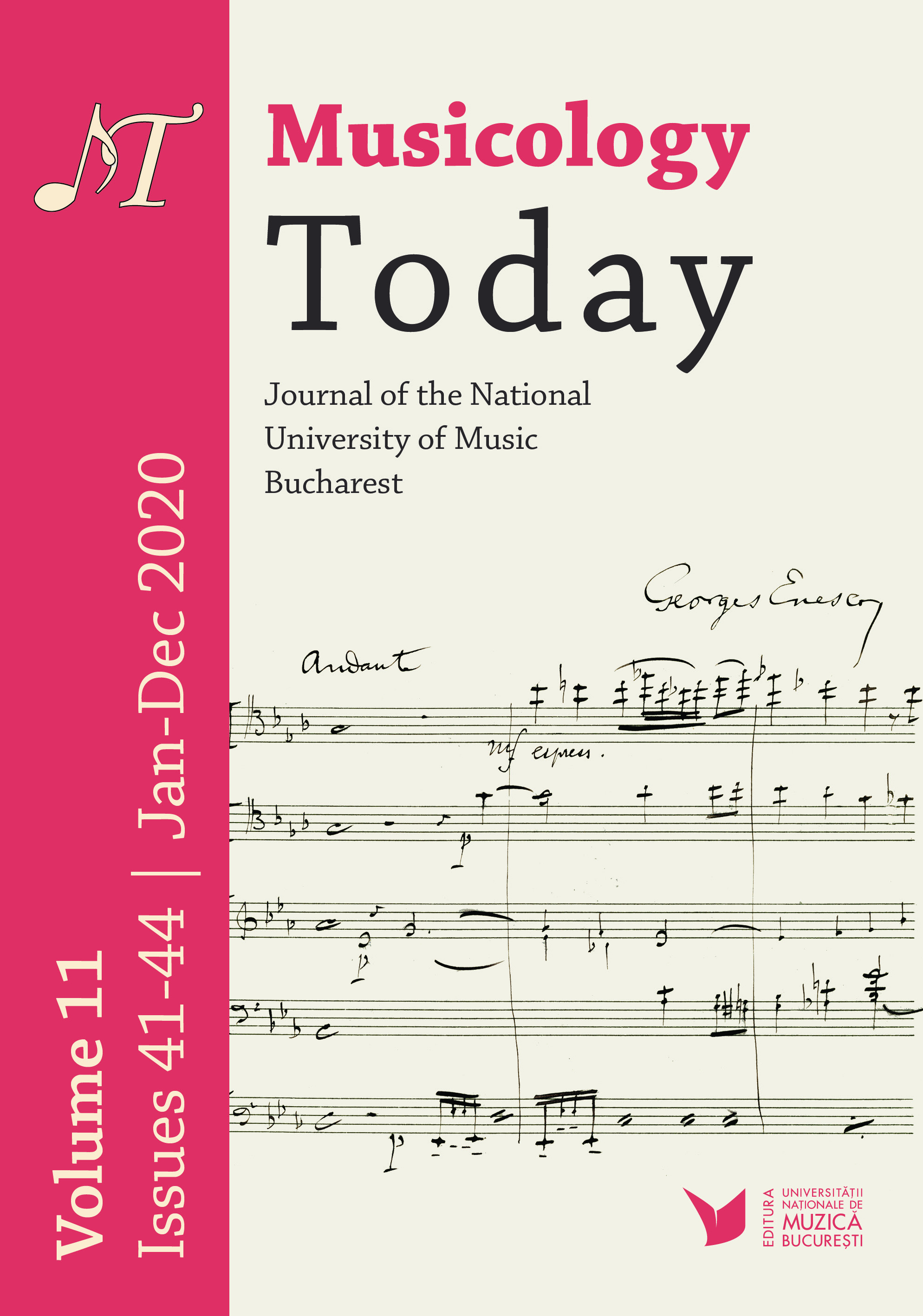 Summary/Abstract: Among the remarkable musical sources in the Romanian Academy Library in Bucharest, the Music Cabinet, is the Codex no. 2663. The manuscript is donated by mademoiselle Euphrosina Ghyka to Mrs. Elisabetta Franchini, as a gesture of friendship, on August 1st, 1824, when two ladies were in Odessa, after a significant segment of the Danubian Principalities elite, from Moldavia especially, had emigrated there, following the breakdown of the Filiki Eteria and the Ottoman’s subsequent reaction to the Revolution of 1821. The anthology is ample (152 pages) and contains 177 works, piano transcriptions, and arrangements by Western and local composers, being the earliest most extensive collection of salon piano music from Moldavia discovered to date. This paper investigates the musical and semiographic contents of the anthology in the context of the musical and socio-cultural practices of the elites in the Romanian Principalities of Wallachia and Moldavia during the first decades of the 19th century.