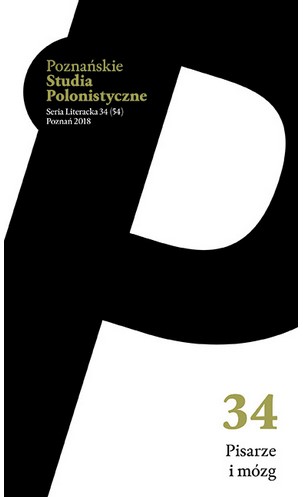 Summary/Abstract: The article is concerned with quite forgotten character and work of Pierre Jean Georges Cabanis, a physician and philosopher, but also a strong supporter of the French Revolution from the turn of the 18th and 19th centuries. His main scientific opus was the dissertation On the relations between the physical and moral aspects of man (Rapports du physique et du moral de l’homme) first published in 1802 and then repeatedly resumed in the 19th century, but virtually unknown in Poland. His medical points of view originally corresponded with materialistic philosophy; however, they also took into account the role of the spiritual and mental aspects of a human – this “biological, thinking mechanism”, as Cabanis thought. An important role in his book was played by theories related to sensualism. Using modern terms, Cabanis created something like physiological psychology. According to him, the body, or more precisely its organs, take part in the creation of human thoughts which seem to be only the physiological result of brain perception. This classic work was often invoked by successive generations of doctors and thinkers; it even appeared in artistic prose. Cabanis himself has had a fixed position in research and scientific studies for over two centuries.