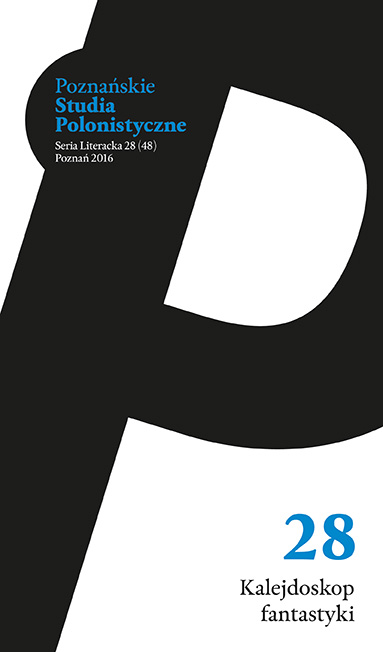 Summary/Abstract: The article concerns with still not well-known part of the artistic work of Zdzisław Beksiński (a famous photographer, painter and graphic designer). In the 1960s the artist was occupied with literature as well. He wrote short prose which reflected many modern literary fashions and trends, and even anticipated some of them. In his literary works Beksiński was especially influenced by the suggestive aesthetics of the onirism, geometric architecture, and anti-Utopian novels. Sometimes, his narration refers to modern pop culture: the technique of film or the convention of comic strips; what is more, he applies the style of commercials and propaganda slogans. The artist from Sanokalso adored writing different variations of the same story which let him play with various genres and plots. But, whatever he did, it was all about the construction, the form. His literary texts record their narrator’s consciousness in a minimalist way, without any traditional literary frills. Therefore Beksiński unconsciously realized the idea postulated at the same time by Cortázar: each prose work should not be a “sum”, but rather a kind of “difference”. This prose substantially complements our knowledge of the whole art of Beksiński, a natural genius, and remains another alternative part of his creative activities.