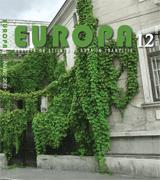 Summary/Abstract: After the German colonization at the beginning of the XVIII century, in the western part of the country, many minorities met and cohabitated along the centuries: Hungarian, Serb, Czech, Slovak, Bulgarian, Roma together with the majority of Romanians. The Germans accommodated fast enough and cohabitated together in good relations with the native population and with every member of minorities. They visited each other, celebrated diverse events together and participated at the different society customs in which they lived. Hence they understood words from each others native languages and many of them even succeeded to learn the language. After participating at different common events, poetry and texts were created that became folk songs in two or more languages. In this kind of communities many mixed marriages were recorded and their children were growing up learning more foreign languages. The children learned easier another language, playing on the streets with the neighbours’ children that had another native language. In this paper we will present some of the poetry that came out in different life situations, poems that show a better understanding among the inhabitants. These poems are special because the lyrics are written alternating two, three or four languages. We will analyse the poems in which the words are written consecutively in different languages. We found even songs in which the verse was sung each in a differen language, becoming important folk songs for the major holidays of the city.