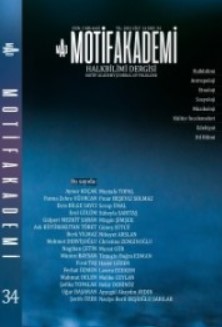 Summary/Abstract: It is observed that women were involved in the liberation process for the first time in the history of Russian literature during the reign of Yekaterina II (1762-1796). Depending on this situation, women produce original works in addition to their translations in the field of both prose and poetry. By the beginning of the 19th century, it is seen that women played an important role in cultural enlightenment. The development observed in women's literary works also affects journal publishing activities. In this context, journal publishing activities of women in 19th century Russian literature are examined chronologically. Considering the reflections of the socio-cultural events experienced on the literature of the period, it is understood that the first women's journal started to operate in the last quarter of the 18th century, women's journal publishing activities were in the formation and development process in the first half of the 19th century, and increased in the second half. In addition to this, the role played by the literature halls, which are under the monopoly of women, in the development of the literature of the period was pointed out. In this sense, it has been observed that names such as Z.A.Volkonskaya, A.P.Yelagina, Ye.P.Rostopçina and K.K.Pavlova. In the conclusion part of the study, it is tried to show the contributions and roles of women who have adopted the spirit of enlightenment to the development process of Russian literature in the 19th century with their journal publishing activities.