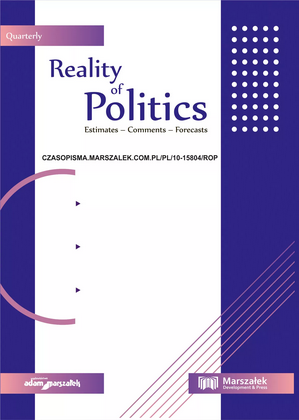 Summary/Abstract: The article analyzes the major factors that have led to a lack of professionalism and competence among some of the politicians in power in Ukraine in recent years. One such factor may be the ability of a large part of citizens to come to power with financial and administrative resources in the conditions of broad access to public administration and local self-government, and many of these figures do not have a clear idea of governance and are driven by interested motives. The desire of Ukrainian society to replace the old ruling elite with new political forces by voting in parliamentary and local elections for newly created parties should also be considered, but it should be noted that most of their party list has never had political or managerial experience. Therefore, the emphasis is placed on the organization of stafftraining for professional political activity, primarily on the basis of leading higher education institutions that train civil servants, as well as political parties and public organizations aimed at educating future political leaders. The National Academy for Public Administration under the President of Ukraine plays a leading role in staffing public administration activities, while among non-governmental organizations, the “Young Batkivshchyna” NGO, the First Ukrainian Academy of Politics, the Ukrainian Leadership Academy, and the School of Democratic Governance for Youth should be singled out.