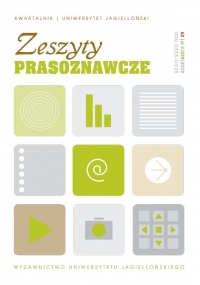 Summary/Abstract: Zbigniew Herbert (1924–1998), valued as one of the most distinguished contemporary poets and essayists, in the communist times created the ‘upright attitude’ ethos which, among other things, meant uncompromising opposition to Marxism and the defence of univer-sal values. However, his vast, strictly journalistic work remains controversial and nearly unexplored, and includes, among many others, reviews, columns and articles published in the press 1950–1953 and 1981–1998. Filling the gap in the research is the aim of this arti-cle devoted to Herbert’s political journalistic writing (Tygodnik Solidarność weekly), to his open letters and interviews, pertaining to the transformation in Poland after The August of 1980 and to the, in his opinion unfulfilled, hopes of full democracy and decommunisation. Herbert’s radicalism in political journalism, attacking his once friends and the new power elite whom he accused of negligence and conformism, caused strong reactions going as far as arguments accusing Herbert of mental illness or alcoholism. The article argues for the necessity of an objective and emotion-free perception of Herbert’s political journalism, and of looking at it in close connection with the constitutive characteristics of the genre itself (column), such as subjectivism, sharp sense of humour, expressive language and caricature. The research methods used include qualitative text analysis, the theory of journalistic genres and the media discourse analysis.