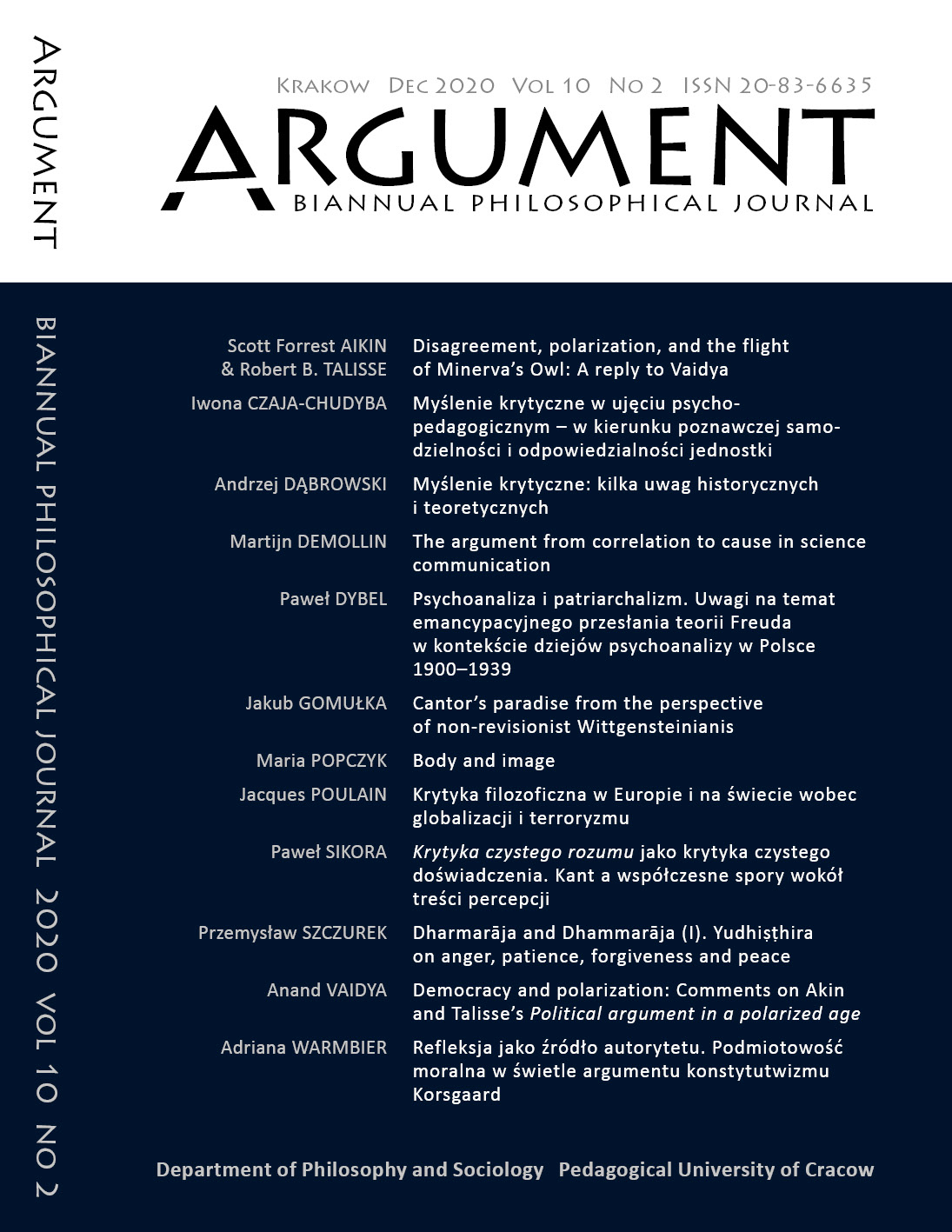 Summary/Abstract: Yudhiṣṭhira, often referred to in the Mahābhārata (MBh) as Dharmarāja and created for an ideal ruler, is also portrayed as a hero full of doubts about his status and duties, sometimes even advocating ideas that are at odds with his status and social affiliation. This is the case in the passage analysed here in this paper, MBh 3,30. The king, deprived of his kingdom and humiliated in exile, presents a diatribe of sorts in the presence of his brothers and wife in which he condemns anger as a reaction to wrongs suffered while praising patience and forgiveness, while also being a supporter of peace. The reactions to his words, which are expressed in the follow‐ ing chapters, as well as the general approach to the role of kṣatriya and the ruler in the epic, may indicate that Yudhiṣṭhira’s words were not fully accepted. On the other hand, a comparison of Chapter 3,30 with selected parts of the Pāli Canon allows us to see how much the ideas put in Yudhiṣṭhira’s mouth have in common with those that can be found in the texts of early Buddhism. On the basis of the proposed intertextual analysis, the author of the paper would also like to purposively reflect on the inclusion in the epic of passages that are a departure from the ethos of warrior and ruler, widely promoted in the epic.