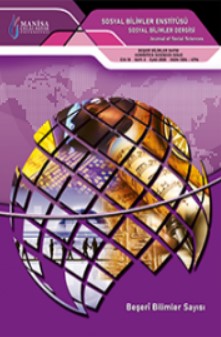 Summary/Abstract: Ayniyat notebooks are the notebooks where the writings sent from Sadaret in the XIXth century to the provincial administrators, ministries and other authorities were recorded exactly. There are registries about the administrative, financial, military, legal, social and other different matters in these notebooks. The main aim of this study is to determine public order problems which were reflected in the documents sent by Sadaret to the Edirne province in 1876 and are in the 826 numbered Ayniyat notebook. The documents in this notebook contain short letters sent to the province. In the letters, to the provincial administrators were informed about what they should do in front of complaints and requests of the public. The documents determined from the notebook on public order problems are about pillage, extortion, robbery, murder, damaging the crop and property, settling on someone else's property by force, land and pasture conflicts. The behavior of the administrators in provinces and state in the face of public complaints about these events that occurred in 1876 and earlier were scrutinized in the context of the documents in the notebook.