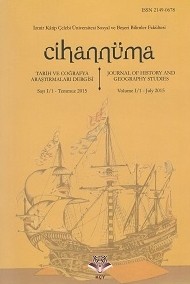 Summary/Abstract: The plot, which was the subject of this study, started with the intelligence that reached the Istanbul from the Ottoman embassy in Bern, the de facto capital of Switzerland on the days of World War I. In the content of intelligence, there are some interesting news about the spies operating against the Ottoman in Switzerland. The spies were usually Greeks. In Switzerland, under the pretext of medical treatment, in fact, they were spying for the enemies of the Sublime Porte. People who transferred information about the state of the Ottomans to them were some of the prostitutes and prostitution house operators in Istanbul and those close to them. They also developed a system for carrying out the information flow between Istanbul and Bern in a healthy and safe manner. The Ottoman ambassador to Bern had prepared a list and sent it to the Ministry of Foreign Affairs on the basis of the notifications that had been received in connection with the alleged involvement in the spying network. A German named Karl Kusch was also included in the list. An expulsion order was issued by the Ottoman decision-makers. However, as the ally was a citizen of Germany, the decision to exile was changed to deportation and began to be implemented. After the necessary procedures were completed, there was only one step left. The German embassy in Istanbul had to issue a visa for the person concerned. For this purpose, an application was filed by the Ottoman authorities to German diplomats. However, the response from the embassy and the representatives of the allied empires triggered an unexpected and quite long debate. This study dwells upon the document series in the Ottoman archives prepared in this process. There are some expressions and developments revealing that there was a mutual distrust between the parties. In addition, Beyoğlu, one of the busiest international venues of the Ottoman capital, is seen in the war days within the context of a network of prostitution and breweries. Finally, the study deals with the mobility and sensitivity of the Ottoman diplomacy and bureaucracy network instigated by a small speculation about the existence of enemy spies, and a suspicion about them.